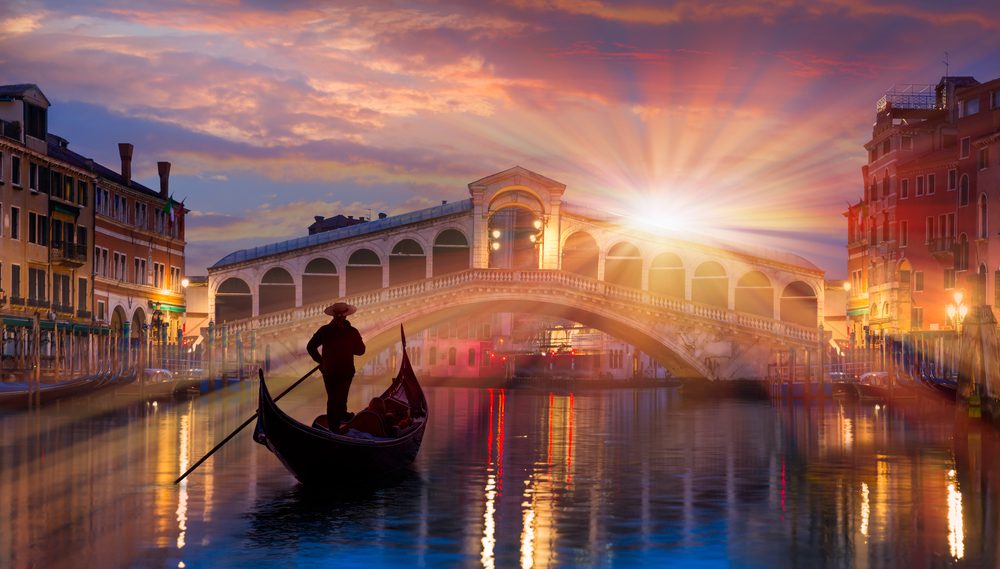 Venice is a city filled with adventure and endless possibility for lovers of beauty. One can take a calm ride through the city’s canals in a gondola while listening to the music of the lapping water and if you’re lucky, a singing gondolier. Canals filled with turquoise water instead of streets bustling with cars and bicycles come to mind when one thinks of the sinking city. The poet Joseph Brodsky only visited Venice in December for he longed to celebrate the beginning of a new year with “a wave hitting the shore at midnight.” He explained, “that, to me, is time coming out of water.” Brodsky also described the city as being “part damp oxygen, part coffee and prayers” and he described the canal-side structures as “upright lace.”

Venice is also home to the Piazza San Marco which was, according to Napoleon, one of the most beautiful squares in all of Europe and remains, to this day, one of the most visited sites in the city. Saint Mark’s Basilica lies within the square and is one of the most gorgeous examples of glorious Italo-Byzantine architecture; it is even embellished with three majestic bronze horses that were once stolen by Napoleon and taken to Paris (they were brought back to Venice many years ago). Saint Mark’s Square is also home to the Palazzo Ducale (or Doge’s Palace) with its Bridge of Sighs and a nearby campanile (or bell tower) where one can climb to the peak and look out over the canals, palazzos, bridges, and rooftops. Because Venice is literally sinking into the sea due to rising tides or “acqua alta” it is important to visit the city and all the beautiful museums and treasured sites it has to offer.