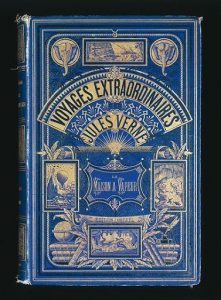 (Voyages Extraordinaire is the ultimate collection of Jules Verne’s novels—fifty-four in total!)

“Ah! Young people, travel if you can, and if you cannot—travel all the same!”

Are you ready to go on a wild ride all around the world and even to the moon or beneath the sea? What about to the center of the earth? Explore the definitive science fiction novels of Jules Verne (1828-1905) to learn all about these incredible adventures! 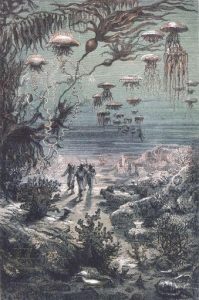 “We are of opinion that instead of letting books grow moldy behind an iron grating, far from the vulgar gaze, it is better to let them wear out by being read.” 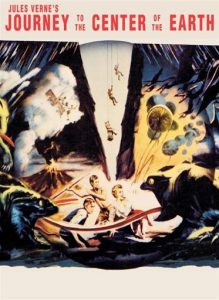 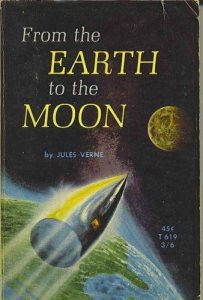 “The moon, by her comparative proximity, and the constantly varying appearances produced by her several phases, has always occupied a considerable share of the attention of the inhabitants of the earth.” 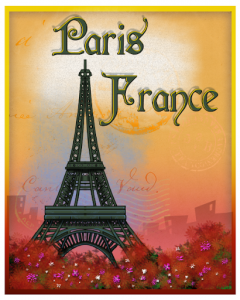 Think Adventure! Consider visiting the Jules Verne restaurant located on the second floor in the Eiffel Tower in Paris! Follow Spartan and the Green Egg on an adventure (by way of their fun, colorful and educational explorer pins). Learn more about the wonderful country of France and just a tad of what it has to offer. 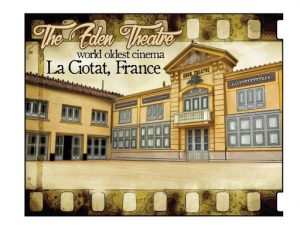 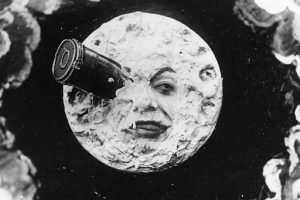 (Le Voyage Dans La Lune, 1902: one of the earliest films ever made, based on Jules Verne’s book)

“In 2013, the cinema was renovated following 16 months of construction work (directed by Nicolas Masson and André Stern) completed on a budget of 7 million Euros. The projection booth was modernized, but the screening room retained its original 1889 looks.” 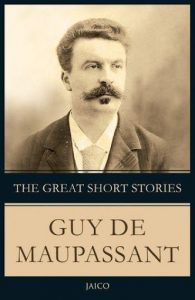 To learn more about Jules Verne and the sights mentioned in this blog, consult the links below and visit Spartan and the Green Egg at the website: