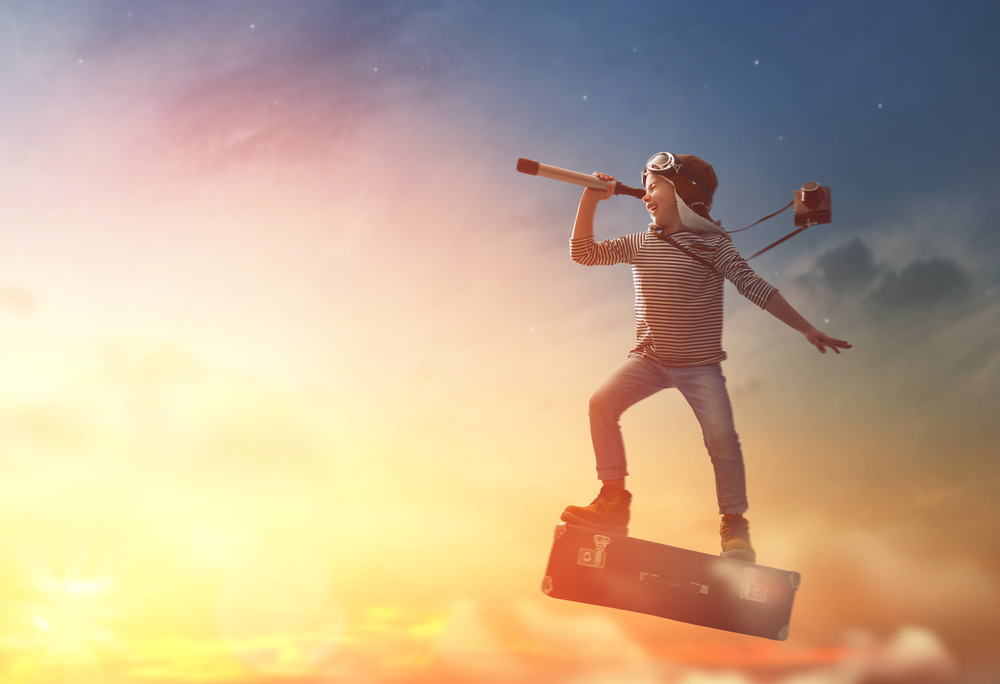 “No one has explained what the leopard was seeking at that altitude.”
-Ernest Hemingway, The Snows of Kilimanjaro, 1936 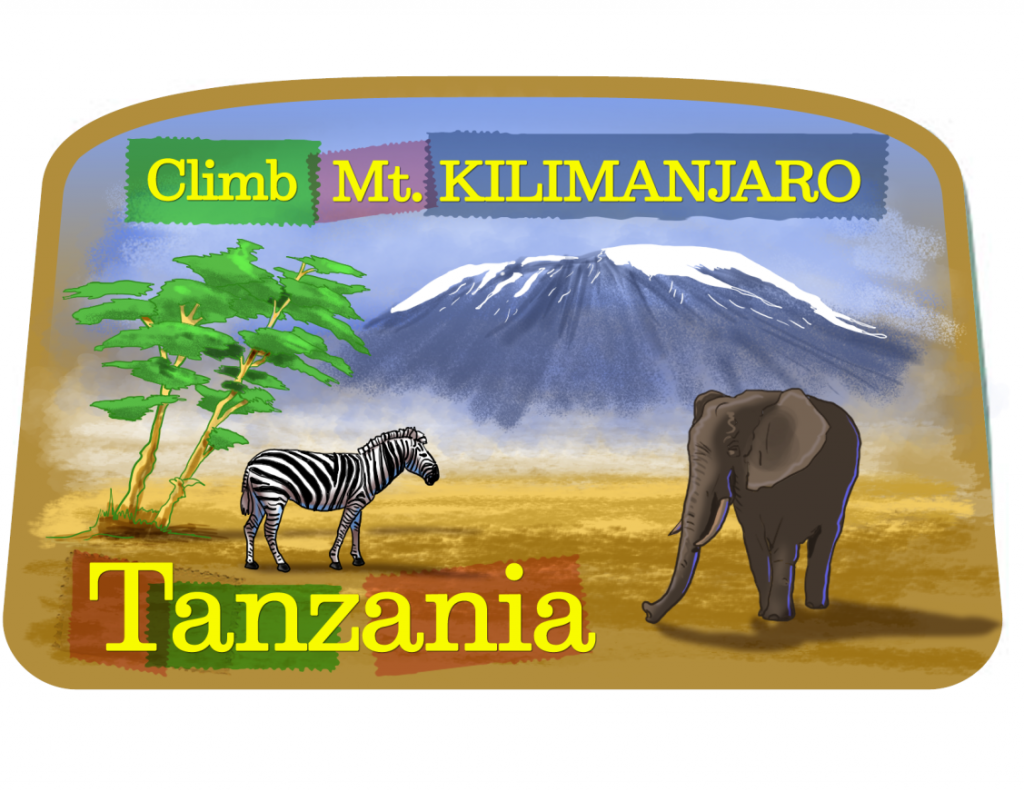 Don’t forget to collect your Spartan and the Green Egg Explorer Stickers to inform and entertain as you imagine your next journey!

• Mount Kilimanjaro: Located in Tanzania, East Africa, this 19,000-foot tall wonder has three distinct peaks and is of great interest to scientists because of the effects of climate change, including melting icecaps and shrinking glaciers. Ernest Hemingway—famous not only for his brilliant writing but life as an avid explorer and hunter—wrote of the magnificent mountain peaks and dormant volcano in his short story, The Snows of Kilimanjaro.
Have you ever wondered what it would be like to climb a mountain or even a dormant volcano?! Mount Kilimanjaro is technically a “stratovolcano.” As it is the highest mountain in Africa and the tallest freestanding mountain on earth, climbing Kilimanjaro is a popular feat for climbers but is not to be taken lightly as, without the proper training and equipment, it can be extremely dangerous. ClimbingKilimanjaro offers services for explorers who wish to successfully climb the mountain and has a 96% success rate (you must be at least 10 years old to climb Kilimanjaro.) Experienced guides have helped over 15,000 adventurers to safely reach the summit, Uhuru Peak—the highest in all of Africa! Also, on the way up the stratovolcano, there are campsites where climbers can pitch a tent and rest. Imagine camping at high altitudes on your way to Africa’s greatest peak. 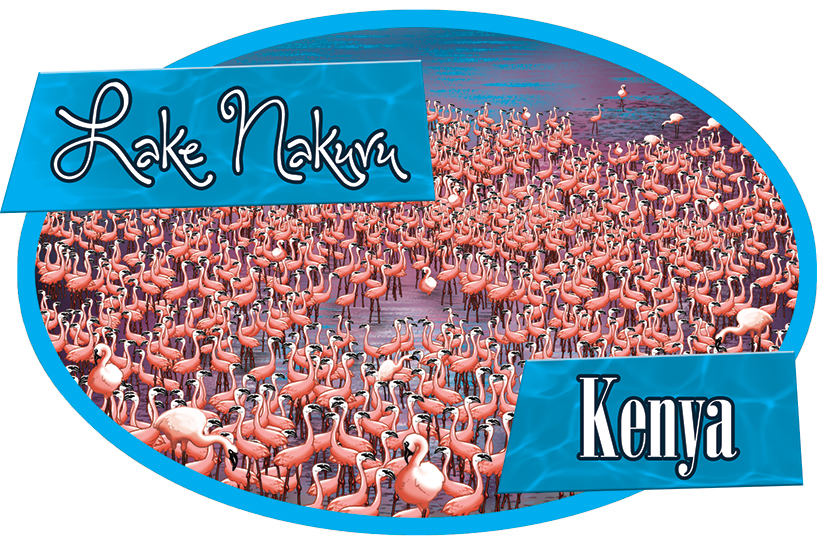 • Lake Nakuru: Located in Kenya, this small alkaline lake provides a home for hundreds of species of birds. As many as two million flamingos have been seen all gathered together on the lake, feeding on algae in the warm waters. Imagine this magnificent scene in nature filled with pink flamingos! 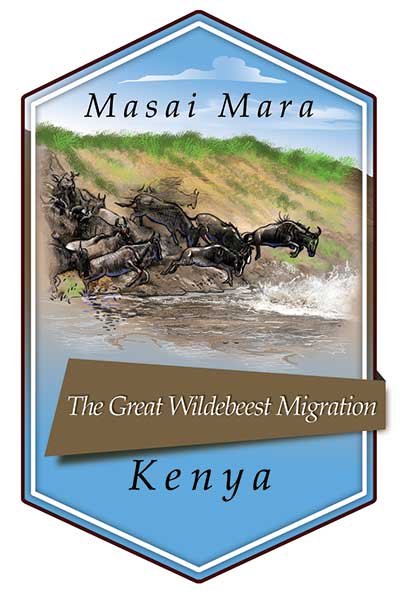 • Great Wildebeest Migration: Every year, nearly two million wildebeest travel across the plains in the Serengeti to find new grazing land in Masai Mara. This amazing migration is considered one of the seven wonders of the world.

• Green Hills of Africa (1935) is a non-fiction work by Ernest Hemingway about his two-month safari in East Africa. If one is interested in African safaris, wildlife, and breathtaking adventure, The Murchison Falls National Park in Uganda will bring Hemingway’s accounts to life. Complete with the magnificent waterfall, Murchison Falls (also known as “Kabalega Falls”), the River Nile, sandbanks where crocodiles and hippopotamuses sunbathe and the Budongo Forest, this National Park is truly one of the most amazing places to visit and explore. One can also gaze upon giraffes, cape buffalo, chimpanzees, elephants, warthogs, and hundreds of bird species in their native habitat. 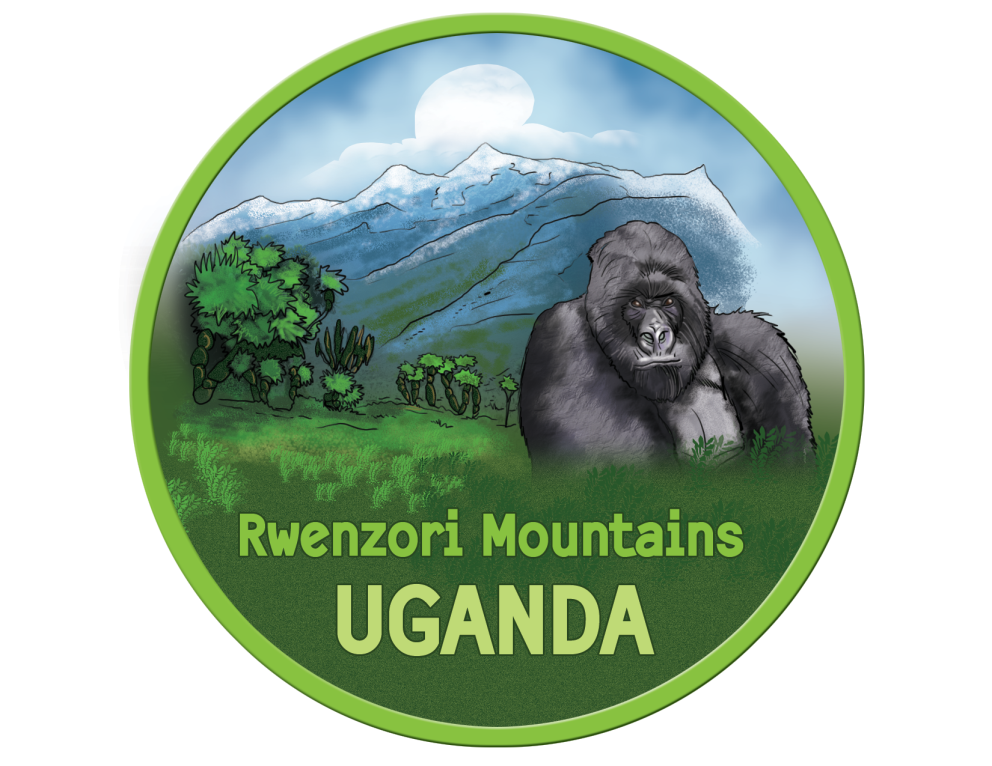 “But man is not made for defeat. A man can be destroyed but not defeated.” 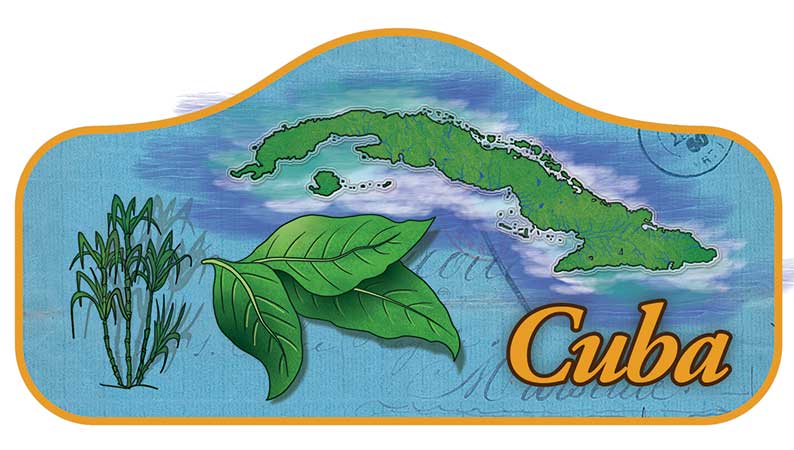 • “Cuba is most well known for having gorgeous sandy beaches and producing high-quality adult products, such as fine rum and cigars. The Caribbean island has a very rich culture, and is filled with many great clubs and cabarets. Due to political reasons, Cuba has mostly been cut off from travelers and tourists in the past, giving the island a mysterious allure.”

Hemingway also wrote of Cuba in one of his most well-known books, The Old Man and the Sea. The short novel details the story of an old fisherman who struggles to catch a giant marlin in the warm waters of the Gulf Stream off the Cuban coast.

Cuba—which is now open to travelers—is a beautiful destination known for warm, crystal clear waters and beaches, such as Varadero (one of the most popular in the Caribbean) and caves (Cueva de Ambrosio and Cueva de Musulmanes). Cuba is also known for its underwater park, Cayo Piedra, which is ideal for exploration. Snorkelers can discover underwater worlds filled with shipwrecks and all sorts of colorful fish!
There’s also deep-sea fishing and even skydiving!

“Water, water, water…There is no shortage of water in the desert but exactly the right amount, a perfect ratio of water to rock, water to sand, insuring that wide free open, generous spacing among plants and animals, homes and towns and cities, which makes the arid West so different from any other part of the nation. There is no lack of water here unless you try to establish a city where no city should be.”

– Edward Abbey, Desert Solitaire: A Season in the Wilderness, 1968

• Death Valley is a land of extremes. It is the hottest, driest, and lowest national park. According to the National Park Service, “this below-sea-level basin, steady drought and record summer heat make Death Valley a land of extremes.” There is, surprisingly, a certain balance as “each extreme has a striking contrast.” There are actually occasional rainstorms, and, from these, wildflowers bloom. There are also frosty mountain peaks covered with snow, and wildlife can sustain on fish found in lush oases. 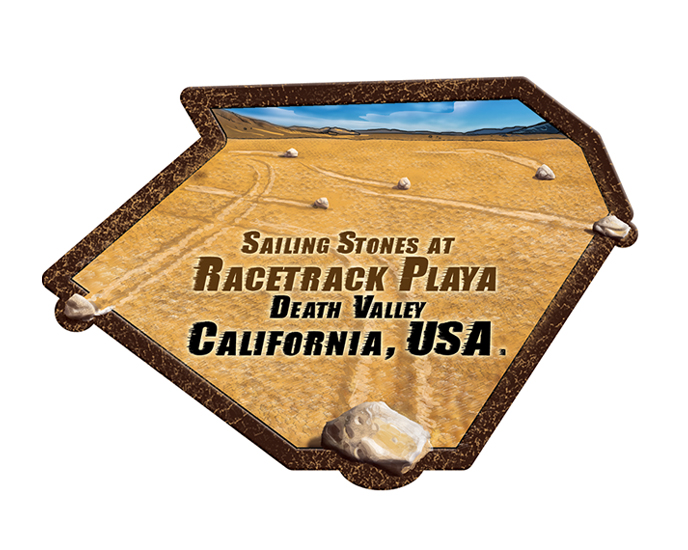 • Sailing Stones at Racetrack Playa: The Sailing Stones are found in Death Valley, California and are sometimes referred to as the moving or sliding stones. The stones earn their name because they move completely on their own. The sliding stones always leave a noticeable trail of sand where they have traveled. Most of the rocks slide to a dry lake bed called the Racetrack Playa. These stones and the marks they leave in the sand are a sight to behold for any traveler.

For more information on what Spartan and the Green Egg has to offer (including Explorer Stickers) along with more helpful insights on the extraordinary destinations mentioned in this blog, consult the websites listed below.