How Do People Get Water? 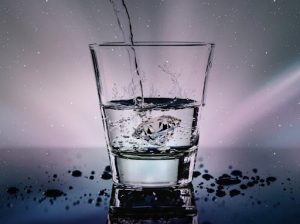 In most well-developed countries, clean drinking water is all around. You might only have to walk into a kitchen or bathroom and turn on a faucet to get some. You may not have stopped to think about where your water comes from, but you should. Water is precious. People can only drink about one percent of Earth’s water. The rest is not fit to drink. Everyone needs water, but not everyone in the world can get it easily. Here is how your water gets to your faucet and how some other cultures around the world get their water.

How People Get Water in North America

In the United States and Canada, some people get their water from private wells on their properties. Others use public water supplies. Public water is gathered from different waterways, like reservoirs. It is usually held in water towers in each town until it is needed. Then it moves through pipes to get into homes and businesses where people need it.

How People Get Water in Africa

There is a lot of water in Africa, but not all of it is easy to get or safe to use. For example, in the African country of Ethiopia, most of it is used to grow crops. Drinking water is hard to find in Ethiopia. Some people must walk for hours to get some. Then they must bring it back to their houses. Usually, they use jugs or whatever other containers they have with them to do that. Since they can only carry a little water at a time, they are very careful about how they use it.

How People Get Water in South America

In some parts of South America, fresh water is nearly impossible to find. Mexico is one place where there is not enough water for everyone. In fact, about half the people in Mexico struggle to get enough water to drink, wash clothes, or take showers. During dry seasons, it is especially hard for Mexican people to find water in some areas. In Mexico City, Mexico City workers often deliver water rations in trucks. People have barrels at their homes that store those water rations.

In other parts of South America, freshwater lakes and rivers provide water supplies for residents. People living near the rainforest often have easy access to nearby water. They just must safely get that water to their homes. Often, that means watching out for snakes or crocodiles by the water’s edge. They sometimes use buckets attached to poles to carry the water back to their villages across their shoulders.

How People Get Water on Islands

You might think people can easily get water on islands. That is true on many large islands like Mindoro Island in the South China Sea. Larger islands often have their own freshwater lakes or streams. Residents can get their water from those water sources.

People on other islands rely on the weather to give them fresh water. Many island residents do that by collecting rainfall. In Hawaii, on the island of Oahu, about two billion gallons of rain can fall in just one day. It refills the island’s aquifer system, which people use to get their bathing and drinking water. In many other parts of the world, rainwater is collected in big barrels.

Helping People Around the World Get Water 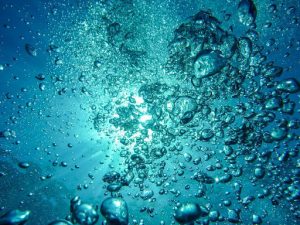 There are lots of charities around the world that deliver clean water to people or help them build their own clean water systems. You can help, too. The more water you save, the more there is for the rest of the world. Try some easy tricks to save water, like turning the faucet off while you brush your teeth.