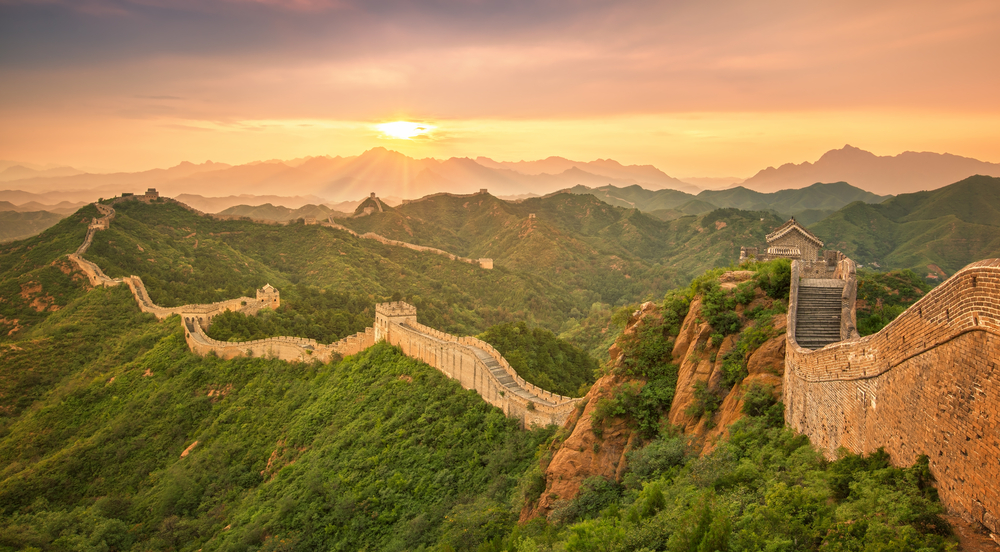 Fun Facts about the Great Wall of China

The idea of building a wall was thought up in the 3rd Century BC by an Emperor called Qin Shi Huang. He did not start the building, but he did link walls of the states he conquered and afterwards the idea to grow the wall was born. After the first part of the wall was built, the wall grew longer and longer as several different rulers in the Chinese Empire put effort into increasing its length. Here’s the most shocking piece of information about the wall: It has a combined length of 21, 196.18 kilometers (13, 170.1 miles)! The wall is not a continuous stretch but is made of sections next to one another.The longest branch of the wall runs 6300 kilometers (3915 miles) long.

Walls Made from Rice Flour (Say What??)

Construction was done using local resources and the help ofprisoners, soldiers and forced labor from the local people. Materials used to construct the wall were mainly bricks, stones, wood and compacted earth. Most interestingly, rice flour was used to hold the bricks of the wall together. This rice flour has never had to be replaced over thousands of years. That’s SOME rice.

A Long Dragon that Runs Across the Land

The Great Wall of China stretches from east to west in China, covering several provinces, municipalities, rugged mountains, stunning beaches, and a desert corridor. When you look at it from the air, the wall mimics a gigantic dragon that unwinds across the mountains, grasslands, deserts and plateaus of China.The Great Wall is not among the Seven Wonders of the World, but it is among the seven wonders of the Medieval World that tourists of China came to see. Want to hear something scary about the Great Wall? There is a tale about MengJiangnv whose husband died during the construction of the wall. Deaths were common in the construction period because the rulers forced the villagers to help. Meng wept the death of her husband so bitterly that a section of the wall collapsed and exposed the bones of her husband. She then took them home and gave her husband a proper burial.

A Feat that Can be Seen from the Moon

This is among the few mentionable monuments constructed by human hands that can be seen from the moon!The Wall still represents the hard work of the Chinese people, and their dedication to protecting their people. Today, millions of tourists come to walk along its sections, and to be amazed by its massive size and length.