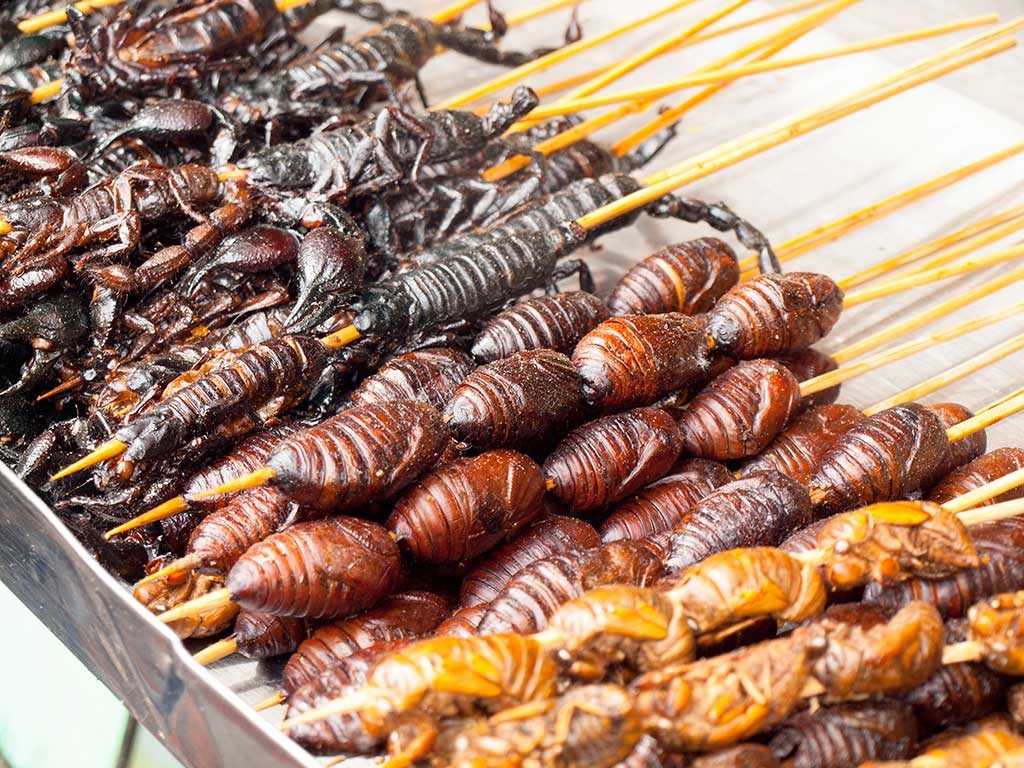 “Entomophagy” is the act of eating insects and is incredibly common throughout the world, even in the United States. People have been eating bugs, their larvae, eggs, and pupae since prehistoric times. We often think that people around the world eat insects for survival where other food is scarce, but it’s also a source of protein and, even in first world countries, can be a popular snack for many. Crickets with spices are a crunchy treat that can be devoured like popcorn while beetles are also commonly eaten just about everywhere around the world. It’s been said that eighty percent of the world’s population eats insects as a part of their regular diet. This is actually very healthy as insects are filled with protein and contain little to no fat.

The Most Popular Bugs to Eat

Many types of ants are edible; the Chinese eat them in a hot soup during the winter. Bee larvae are a favorite in Vietnam and are usually eaten while still alive. Water Beetles are very popular in Thailand, while caterpillars are dried and eaten in Botswana. Many people enjoy eating cicadas with a sweet mustard sauce – which are said to taste like asparagus. Of course, cockroaches are not only very popular menu additions in certain parts of the world, they also have medicinal uses (a cream made from cockroaches is said to alleviate burns). Dragonflies are popular snacks in Indonesia and China.

Whatever the insect and culture it’s very important to know how other people around the world live. Eating bugs may seem odd to some of us, but it’s actually incredibly common and not strange at all to the estimated two billion people who eat them as part of their daily diets. The United Nations urges people around the world to eat insects as they are nutritious and could help to alleviate world hunger. For more information on this topic, consult this National Geographic article found at this website.

For fun viewing, watch Nicole Kidman eat bugs (including hornworms, mealworms and fried grasshoppers) in this video for Vanity Fair on YouTube.