An ecosystem is a fragile natural network of animals, plants, bacteria, and other organisms living in the same area. Over many years, the organisms in an ecosystem grow, hunt, reproduce and live with a natural balance. For example, animals at the top of the food chain need to eat some of the smaller animals in that food chain or things will get overpopulated. And, if those smaller food sources disappear, the native predators will die out or migrate due to starvation.

When something is destroyed or added to a balanced ecosystem, native species may struggle to survive. Removing a lot of trees (deforestation) can ruin an ecosystem by killing the animals who depend on those trees for survival. A less noticeable threat is when an invasive species is introduced to an ecosystem.

What is an Invasive Species?

When a species is brought into an area where it doesn’t belong, it can take over and hurt plants or animals that normally live in that space. Invasive species are also called alien species or exotic species.

Invasive species are any non-native species that disrupt an ecosystem.

There are some non-native species that are not invasive or destructive to the ecosystem. Some food plants, like wheat, rice, and tomatoes, are not native to the United States and do not threaten the local ecosystem. 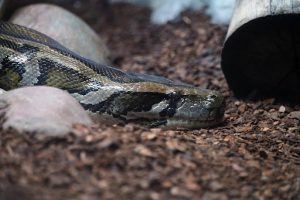 Sometimes, people bring plants or animals into an area and end up causing a lot of damage. While the plant or animal might seem like a harmless part of nature, it doesn’t belong in that region and starts to take over part of the ecosystem.

Introducing an invasive species can happen on purpose or on accident. There are many reasons someone might bring a foreign species into a space. A few of the most common reasons for intrusive species include:

Examples of Invasive Species in the USA

There are more than 6,500 alien species in the US. Each of these species has caused untold havoc to the ecosystems they have found themselves in. Here are just a few examples:

Zebra Mussels were brought into the Great Lakes of North America by mistake in the 1980s. They stuck to the bottom of large ships and were brought in as the ships traveled between areas. There are now so many Zebra mussels in the Great Lakes that they clog water intakes, filter out important algae, and kill off native mussels. Plus, they really hurt if you ever step on one!

Burmese Pythons were brought to Florida as pets and released when their owners couldn’t properly care for them. They are now rapidly reproducing and invading the Everglades, eating the rabbits and songbirds who are native to the area. Nothing in the Everglades naturally eats the Burmese Pythons, so they are growing to an enormous size. 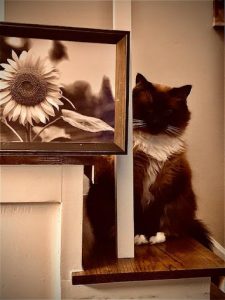 invasive killer of species in the world. They have no native ecosystem because they are bred from wild cats and brought to America by European colonists. Cats eat birds and other small wild animals in the area when they are allowed to roam outside. Ironically, they were brought here to help with another highly invasive species from Europe—house mice.

Brazilian Pepper Trees were brought to Florida from Brazil in the mid-1800s. People liked using the bright red berries for holiday decorations. This invasive species is an aggressive and woody weed, producing a lot of seeds and creating shade that kills off native shrubbery.

Japanese Stilt Grass is one of the most damaging invasive plants, according to the US Department of Agriculture. This non-native plant isn’t eaten by deer or even goats (and they’ll eat almost anything!). Instead, it quickly replaces plants local wildlife typically eat.

What Can I Do to Help?

Once an invasive species is introduced to an area, it can be extremely hard to remove. If you want to support your local ecosystem, you need to support the native plants and wildlife. Some people aid in the efforts to remove the invasive species as often as possible. You will also make a big difference by researching any plants and animals you want to plant or release into the wild.