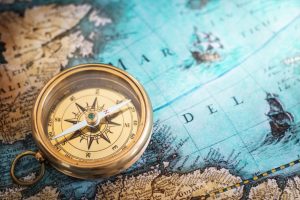 You might have heard that a large amount of our planet is covered in water. In fact, 71 percent of it is! Most of that water is found in the earth’s oceans. The bad news is that our oceans are in trouble for a few reasons. The good news is that you can do something about it.

Litter from land sometimes ends up in the water, and some people toss garbage right into the water. Litter can hurt the animals that live in the ocean. Some animals eat these items and become sick, while others become trapped in rope or rings from plastic bottles.

Coral reefs are also in danger. These colorful reefs play an important role in the ocean’s environment. When they become damaged, many other marine creatures are affected as well. The main threats to coral reefs come from harmful substances that are washed into the ocean, such as pesticides, fertilizers, chemicals and sewage pollution.

Some areas of our oceans have very little oxygen or none at all. These are called dead zones, and no marine plants or animals can live in them. These areas are growing larger, which means that more and more marine creatures are being forced to find other places to live. Dead zones develop when fertilizer applied to crops makes its way into rivers, then oceans.

What Can We Do to Help?

There are several ways that you can help protect our oceans and all of the wonderful creatures that live in them. These include: