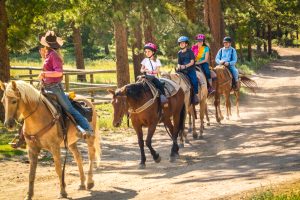 Horses are wonderful creatures! You may have seen horses featured in a variety of different books, television shows, and films. Did you know that long before cars, trains, and busses people used horses as a common way to travel? People often rode on horseback or as passengers in a horse-pulled carriage.

People have tamed and trained horses for many purposes. Throughout the history of the 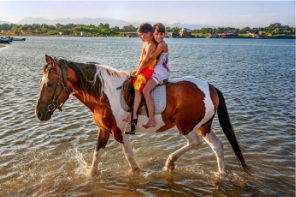 world, people have trained horses to use them as a way to take people from one place to another.

As early as 4,000 years ago, people who lived in central Asia began seeing the benefits of using horses to travel everywhere. However, something was different about their horses. The horses they raised were more pony than a horse and not well suited to carry people because of their small size.

By 2500 B.C., people began breeding horses to grow larger and stronger in size. Larger and stronger horses let people use them for different kinds of early travel. People in Western parts of Asia were said to have connected horses to wagons. Horses soon came to Greece and later came to Troy, where they fast became a part of their culture and daily life.

The Egyptians also used horses with chariots to invade the Amorite territory. Hundreds of years later, horse travel became better when riders came up with the bit, a part that goes into a horse’s mouth. The bit makes controlling a horse much easier.

As society around the world grew, horseback travel became a common way to go places. In cities, horses were used to pull stagecoaches for wealthy passengers. By the 1800s, horseback travel began to overlap with the use of early motor vehicles. As the price of motor vehicles began to decline, horses soon became less popular in the early 1900s and after the World Wars in the early 20th century.

Although horseback riding isn’t as popular these days, it’s still useful in many places around 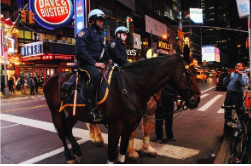 the world. Horses are still used to help people travel and move cargo from place to place for many reasons.

Police forces in large cities sometimes use trained horses for travel in special situations. You may see police riding a horse for special events or situations where they need to control a growing crowd. Some police use horses in search and rescue missions. Although not usually travel, horseback riders often race their horses in many contests. You may see horses complete in regular racing competitions, barrel racing, and roping events.

Horses are commonly used on farms and ranches for labor. It’s not uncommon to see a farmer or ranch worker using a horse to move heavy cargo across a large area.  Some places rent horses to people who want to learn to ride a horse. There are even dude ranches that let people pay to become a cowboy for a day!