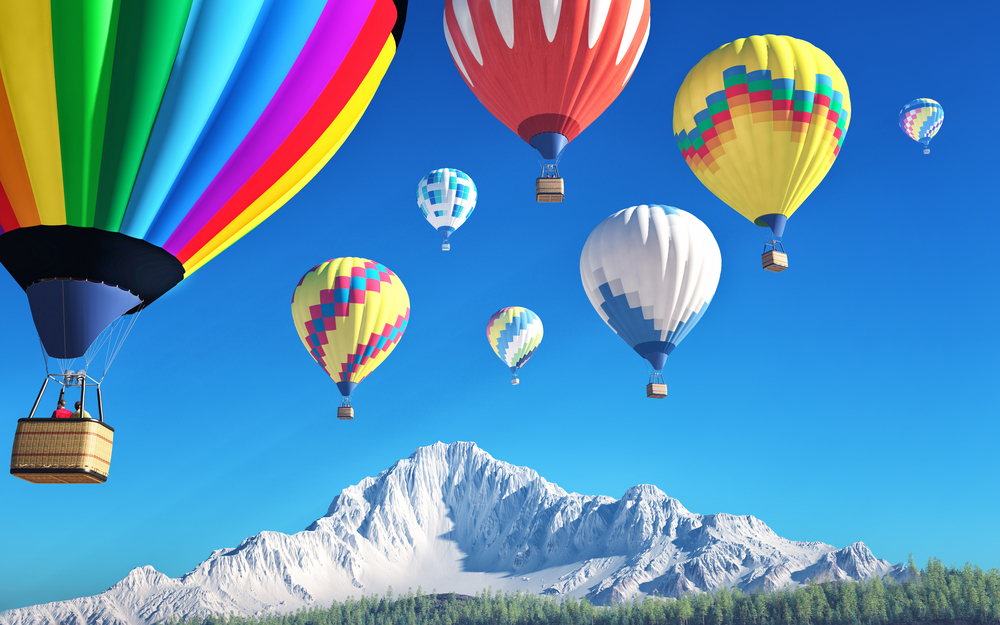 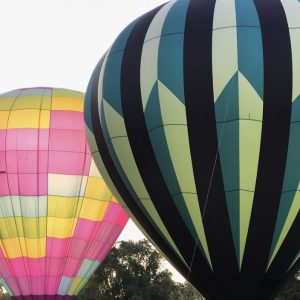 Ever wonder how it would feel to float above the ground? Riding in a hot air balloon can make you feel that way! A hot air balloon is an incredible way to see the places around you. These floating rides are known for their large, strong baskets and colorful balloons filled with hot air. The large balloon helps the floating basket rise into the sky. People around the world have enjoyed hot air balloons for many years.

Hot Air Balloons Came to Be

Did you know the hot air balloon first came to life through a simple experiment? In the year 1782, brothers Joseph and Etienne Montgolfier came up with the idea for the floating ride. During that year, Joseph discovered that holding up his shirt above hot air made by a chimney fire caused his shirt to float. Both brothers then came up with an idea and made a globe-shaped object. Although only a meter-squared, the object floated as high as 30 meters into the air.

The next year, the brothers tried another experiment. They made a balloon with about 900 cubic meters of material sewn onto paper. They also attached a basket filled with wool and straw to the balloon. Then, they lit the wool and straw on fire. After the fire became hot enough, they cut the ropes that held down the balloon, and the basket began to float.

The first human passengers in hot balloons were Jean-François Pilâtre de Rozier and Francois Laurent d’Arlandes. Both stayed in the hot air balloon for over 20 minutes!

Hot air balloons don’t use an open fire anymore. Today, hot air balloons use liquid propane that turns into a gas. The propane fuel helps the floating ride rise high into the air. At the bottom of a hot air balloon basket, high-pressure propane tanks sit inside. Hoses are placed on each side of every propane tank. The hoses run up into a burner that sits below the skirt of the balloon.

To make the hot air balloon float, the pilot turns on the propane tanks, causing the fuel to move into each burner. The burners then ignite a small flame or pilot light. Steel coils then heat the liquid propane, turning the fuel into a very hot gas.

As the hot air moves into the balloon, it causes the hot air balloon to start rising. Hot air rises much faster than colder air. To stay in the air, the pilot continues to feed propane to the burners. To float back to the ground, all the pilot needs to do is let the balloon cool down while in flight.