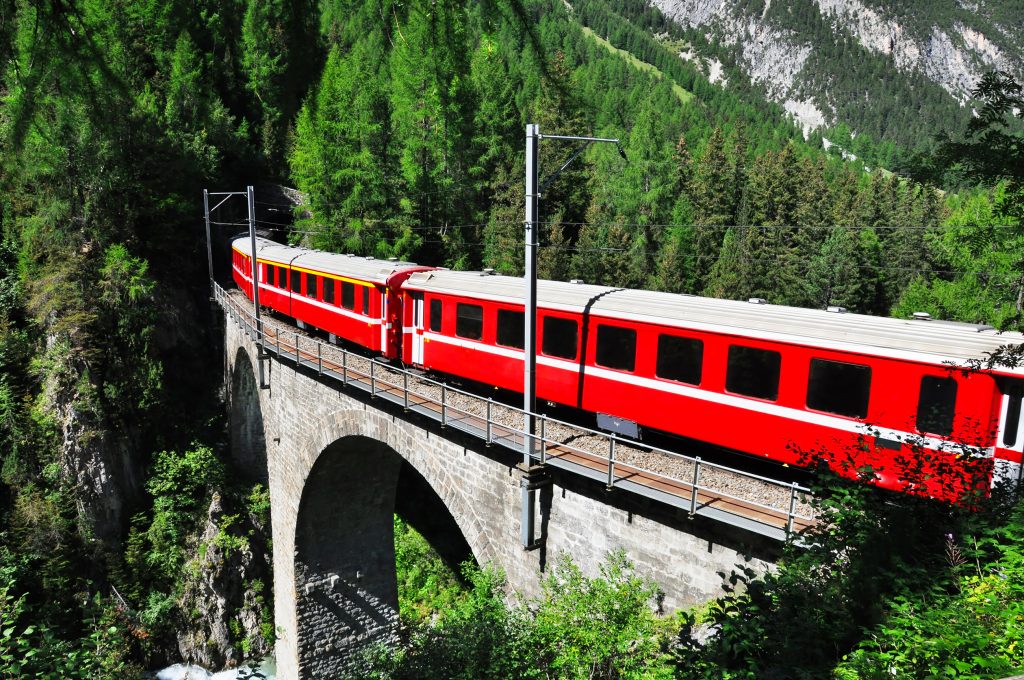 Trains take people to places cars and buses normally can’t reach in short a period of time. Some people prefer trains over planes even for visiting faraway places.

Trains are made up of several railway vehicles that move along railways. The vehicles help transport passengers from one place to other faraway places. A train railway is usually a set of typical train tracks. Other types of trains like monorails usually have a special type of pathway designed for its use. The train is usually powered by a separate locomotive vehicle. Some trains are powered by motors built inside a train car that pushes itself.

Today’s trains are usually powered by the use of diesel engines. Some train systems commonly use electricity powered systems that sit on the side of the tracks. Throughout history, trains have historically used steam power to operate in various countries around the world.

Steam engines helped make trains more popular throughout the world. The widespread use of steam engines made far away travel much easier and less expensive than other travel methods. However, steam engines soon went out of style. Diesel engines eventually replaced steam engines in the 1930s. Diesel powered trains use diesel fuel and electricity to operate.

The History of Trains

Trains have a long history around the world. The earliest trains were only a set of carts joined together. This type of train worked along wooden tracks and was usually pulled by horses, mules, and in some cases, people.

In 1775, many places began experimenting with steam as a possible power source for trains. By the early part of the 1800s, steam engines were finally invented and put into trains. Steam engines made moving cargoes much easier. Trains with steam engines also ran much faster. In Great Britain, workers began to lay down railroad tracks in major cities. That helped spark the train craze in the country. People in Great Britain could now travel to different places, while businesses were able to transport products from place to place.

In 1860, the United States began building railroads throughout the vast country. Railroad businesses began booming during this highly active period. Railroads didn’t cross the entire country until a few wealthy individuals wanted to connect the Pacific and Atlantic coast with a long railroad. The Union Pacific and Central Pacific railway came up with a plan to connect both railways. They started laying tracks from Nebraska from the West and Northern California from the East, with a plan to meet in the middle. Thousands of migrant workers worked in all sorts of weather conditions over a period of six years. By May 1896, the first transcontinental railroad was completed!