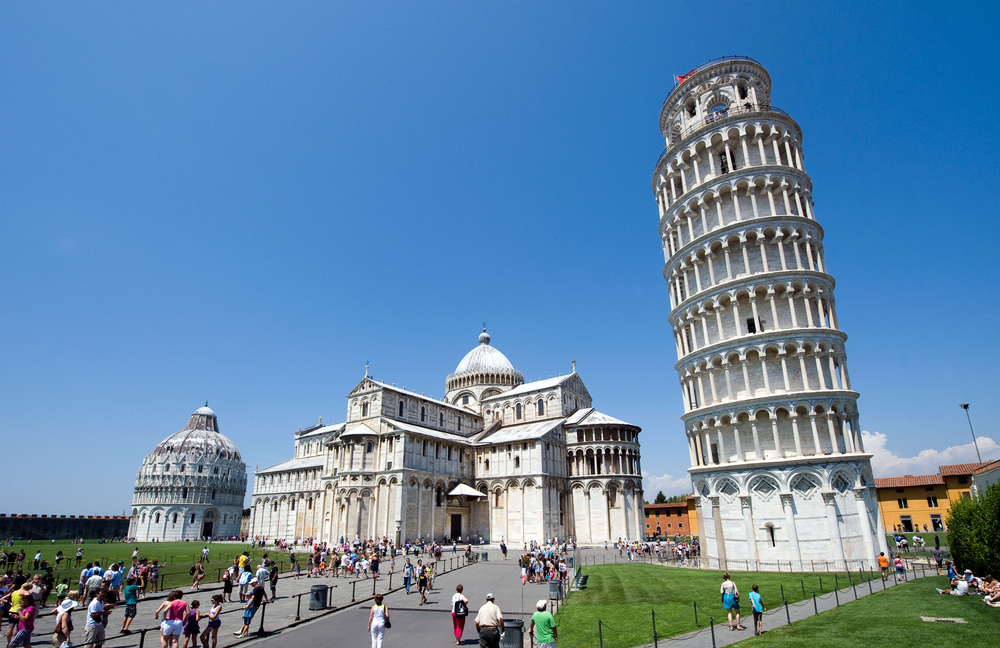 The Leaning Tower of Pisa is an ancient monument that standsdiagonallyin Pisa, Italy. Construction for the tower started way back in 1173 and took 199 years to complete! That means only sons of grandsons of the architects and engineers who started the construction got to see the completed tower. Construction was interrupted by wars, debts, and also by the engineers who tried to stop the structure from leaning. Later on, engineers had to be grateful for these interruptions even from their graves. Had there been no interruptions, the whole tower would have toppled overand all efforts would have gone to waste. The interruptions provided enough time for the soil to become compact and support the heavy structure. But it still leans.

Originally, the tower was built to be a church’s bell tower. The most obvious question that anyone may ask is “Why does the tower tilt on one side like it’s falling?” It is because the tower was built on loosely packed subsoil that cannot support a lot of weight. It started leaning as soon as construction reached the 3rd story. The tower has ever since been falling (slowly) at a yearly rate of one to two millimeters.Due to themassive weight of 14,500 tons and vertical height of 180.45 feet (55 meters), the rate of fall is likely to increase as the years go by. Eventually, the Leaning Tower of Pisa will be the Fallen Tower of Pisa. So far, it has been slowly falling for hundreds of years.

Experiencing Two Sides of the Coin

Very often, good things come in pairs. The Leaning Tower of Pisa has two sides to it that visitors should take time and explore. The lower side of the tower has a height of 55.86 meters(183.27 feet) and the higher side is 56.67 meters (185.93 feet). In order to access the tower, visitors can use the 294 steps on the north side or the 296 steps of the south side. There is a difference in height for the two sides because architects wanted to compensatefor the lean. Architectsmade thestories slightly taller on the shorter side and as a result thedifferences in length happened. Anyone who climbs to the 8th story of the Leaning Tower will be literally fighting gravity.

The Tower of Pisa and its Charming Beauty

During World War II, Germans used the Leaning Tower of Pisa as a fortress. Enemies of the Germans knew this was their hideout but they avoided bombing it. By the end of the war, Leaning Tower still stood erect and untouched. Besides this aspect of beauty, the Leaning Tower is also furnished with a number of bells. At the bell chamber on top of the tower, there are seven bells and each bell represents a note on the musical scale. In 1987, UNESCO also recognized the beauty of the entire Cathedral Square, hosting the Leaning Tower of Pisa, and named it a World Heritage site. That means that people from all over the world agree that the Leaning Tower of Pisa is a one-of-a-kind world treasure and should always be taken care of.