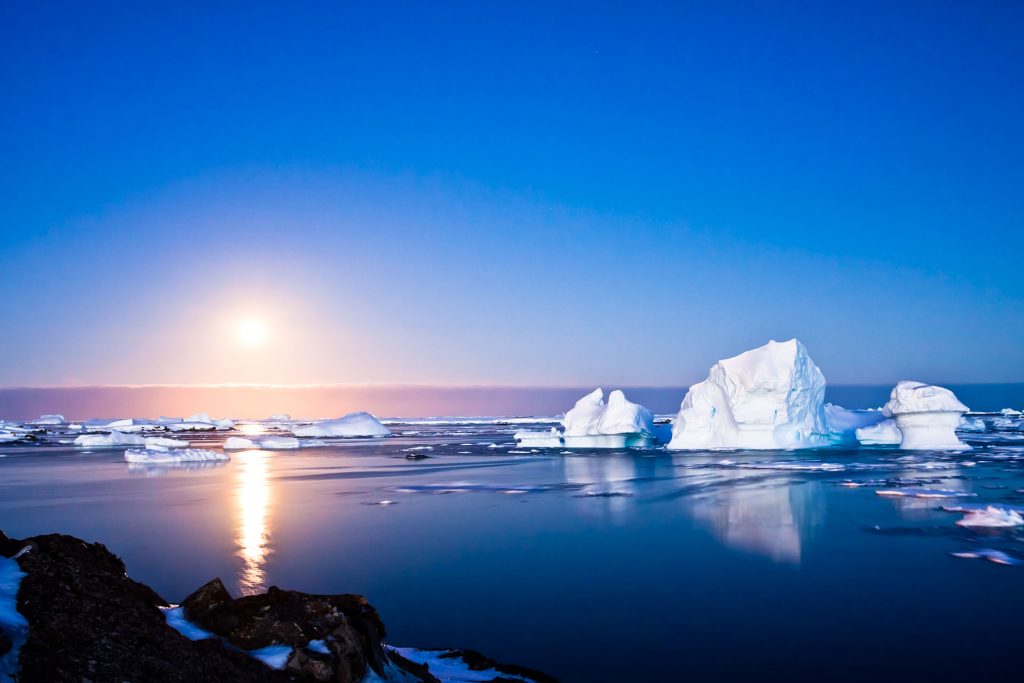 Another interesting fact about the Antarctic Ocean is that it wasn’t even called an ocean until the year 2000. Part of the reason why it was officially called an ocean is that its water is very different from the water that feeds into the area from the oceans and waterways around it. But some scientists still don’t think of it as an ocean.

The Antarctic is also home to the Antarctic Circumpolar Current (ACC), which is an ongoing flow of water that circulates around the continent of Antarctica. It is the strongest current found anywhere on Earth, and it also moves the most water. Within the ACC, which is also called the West Wind Drift, the water is not very salty at all, even though the Arctic Ocean, like all other Oceans, contains saltwater.

The Creatures That Live in the Antarctic Ocean
Some people think that penguins live at the North Pole, but most penguins actually live near the South Pole. They make their homes on the ice, but they swim and fish in the Antarctic Ocean. They have special layers of feathers that help them to stay warm and dry off quickly. They eat squid and krill, which are like tiny shrimp.

Most fish can’t live in the Antarctic Ocean because it is so cold, but a few types have adapted to the cold water. Some of them include the mackerel icefish and the Antarctic toothfish. Toothfish are often hunted illegally by humans, but Australia, France, and other countries are trying to protect them.

Another creature that lives in the Antarctic Ocean is the squid. Squid are found in all of the world’s oceans, but they are among the few animals that can survive the cold temperatures in the Antarctic Ocean. Giant squid can grow to be over 30 feet long. They eat smaller types of squid, as well as fish. They are well known for having the biggest eyes in the animal kingdom, which can be as big as beach balls when they are full grown.