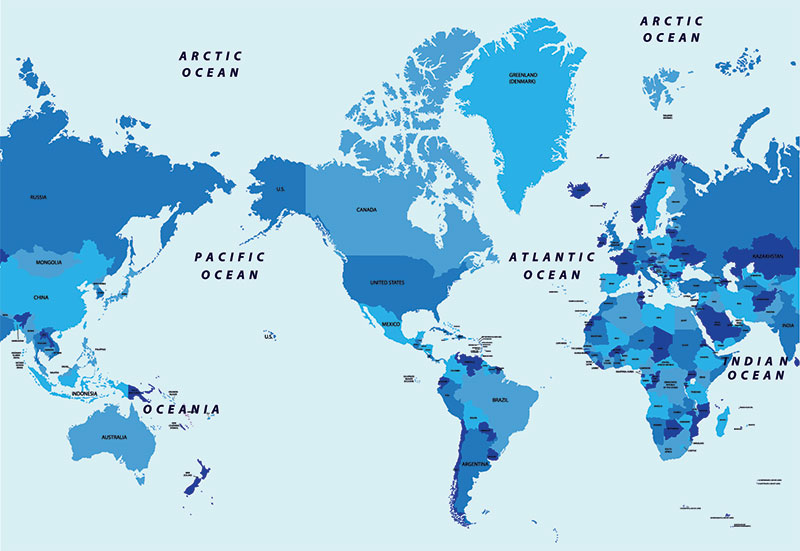 The Pacific Ocean is the largest ocean in the world. It separates Asia and Australia from North and South America. The majority of the fish we eat come from the Pacific Ocean, which has many different fish, plant, and animal species living in its deep waters. Let’s explore the Pacific Ocean and its natural wonders.

How Big the Pacific Ocean Is

The Pacific Ocean spans 65,436,200 square miles. It is so big that all seven of the world’s continents could fit in it. Over 30 percent of the Earth’s surface is covered by it. The average water depth of the Pacific Ocean is 13,000 feet, but many parts of it are much deeper. In fact, the deepest point in any ocean is in the Pacific. It is called Challenger Deep. It is at the end of a trench called the Mariana Trench, which is near New Guinea. Its deepest point has been recorded at about 35,800 feet.

The Pacific Ocean’s Volcanoes and Earthquakes 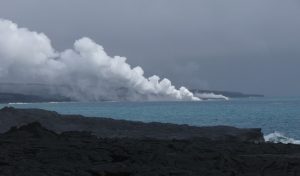 Coral is a type of marine animal that lives in tight colonies. Each individual piece of coral can be damaged or killed quite easily, but together they form large colonies that become reefs. Reefs are homes for fish and other sea life. Many of the world’s coral reefs, including its largest, the Great Barrier Reef, can be found in the Pacific Ocean. The Great Barrier Reef is in Australia, and it stretches for more than 1,400 miles. It is a protected area where warm water fish and marine life live.

Other Living Creatures in the Pacific Ocean 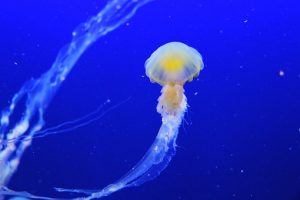 The Pacific Ocean is home to many living creatures besides coral, and many of them live at depths so deep that humans don’t know much about them yet. Others live at depths where humans see them a lot, but they are still quite strange. One example is the jellyfish. There are many species of jellyfish in the world’s Oceans, but the deadliest in the Pacific is the box jellyfish, which are often seen in Hawaii, Australia, and areas in between.

The Pacific Ocean also has many strange fish species like the anglerfish. It is called that because the females have spines over their heads that look like fishing poles. Anglerfish live deep below the Pacific Ocean’s surface along with other unusual creatures like the giant tube worm, which can grow to be over seven feet long.

Each of the living creatures in the Pacific Ocean is part of a delicate natural balance. Humans have upset that balance in some places, causing coral and other sea life to die. But we can also work together to protect and strengthen the Pacific Ocean again.