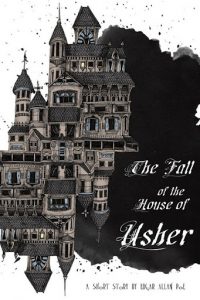 What makes horror movies so scary? Tales of vampires, the creature from the black lagoon, ghosts, mad scientists, and wolfmen awaken something within our psyche that speaks to us on a deeper level, and the most frightening Halloween story trope is the haunted house.

With supernatural happenings and shadows dancing on a wall in the flicker of candlelight, drafts of wind blowing down a corridor, unexplained voices, creaking old staircases, dark, damp cellars filled with lurking monsters and closets filled with skeletons (literally), haunted houses make for amazing (and incredibly frightening) storytelling. The idea that a home we live in, where we’re meant to feel secure, is haunted by something paranormal, is always terrifying. These tales of spooky old mansions sure make for a spine-tingling good time!

Some of the most famous haunted houses in literature (and in films) that we love include (but are not limited to) Hill House (from The Haunting of Hill House, 1959 by Shirley Jackson), The Overlook Hotel (from Stephen King’s The Shining, 1977), The House of Usher from Edgar Allan Poe’s short story The Fall of the House of Usher (1839), The Bly House from Henry James’ The Turn 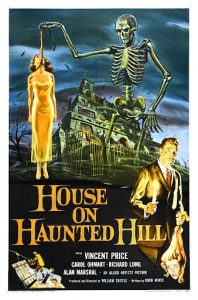 of the Screw, and even Hogwarts Castle from the Harry Potter book series.

When it comes to real life, there are actual houses that are supposedly “haunted”—whatever that means—and they’re open to tourists!

Spartan and the Green Egg have even traveled to at least one! 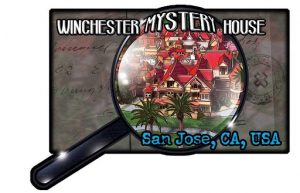 For more information on all sorts of fascinating places around the world, visit Spartan and the Green Egg at the website and read more on the blog.