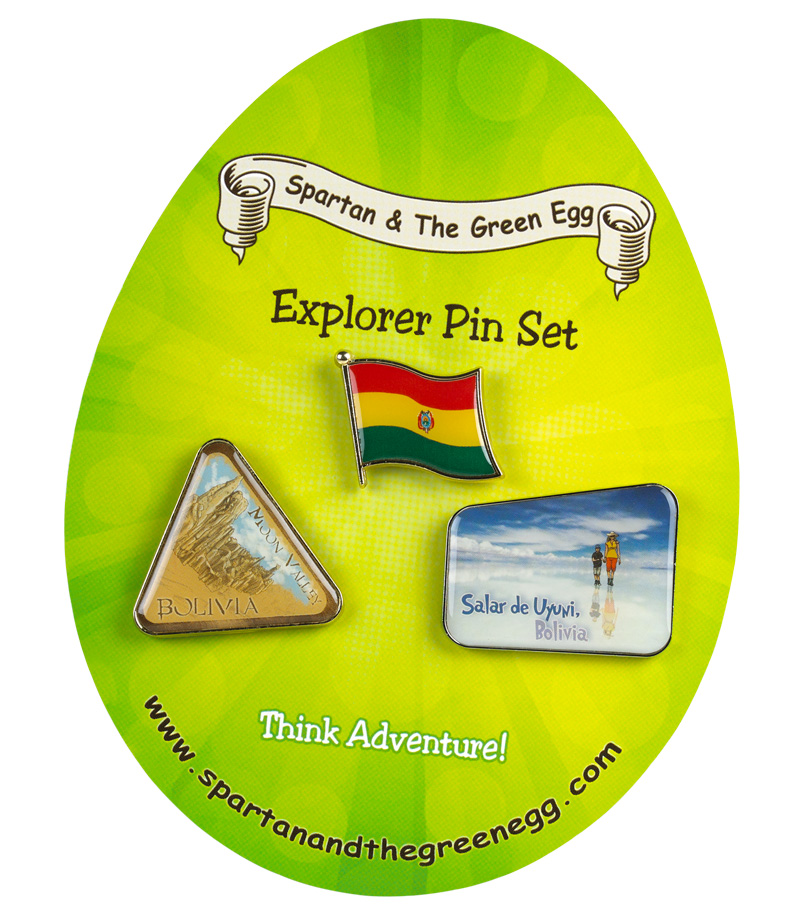 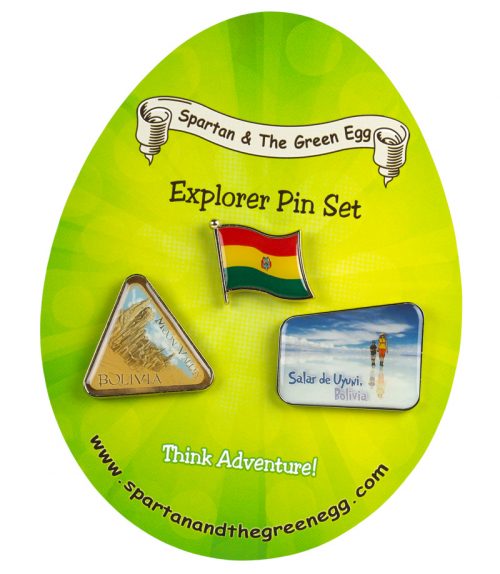 Moon Valley: The Moon Valley is part of the La Paz Department in Bolivia. In ancient times, the Moon Valley was a tall mountainous region. Over the years, the mountain has all but been destroyed by erosion. The only things that remain are gigantic spires and tall peaks that are primarily made out of clay. The spires are still very appealing to explorers and tourists. The clay gives the spires a unique color, usually shading them with red and purple hues.

Flag: In 1851, Bolivia adopted a tricolor flag of three horizontal stripes. The top stripe of red stands for the blood of the people in struggling for freedom. The middle stripe of yellow represents the mineral wealth of Bolivia. The green symbolizes the fertility of the land. The state flag has the Bolivian coat of arms emblem in the center of the flag whereas the national flag does not.

Be the first to review “Bolivia Pin Set #1” Cancel reply