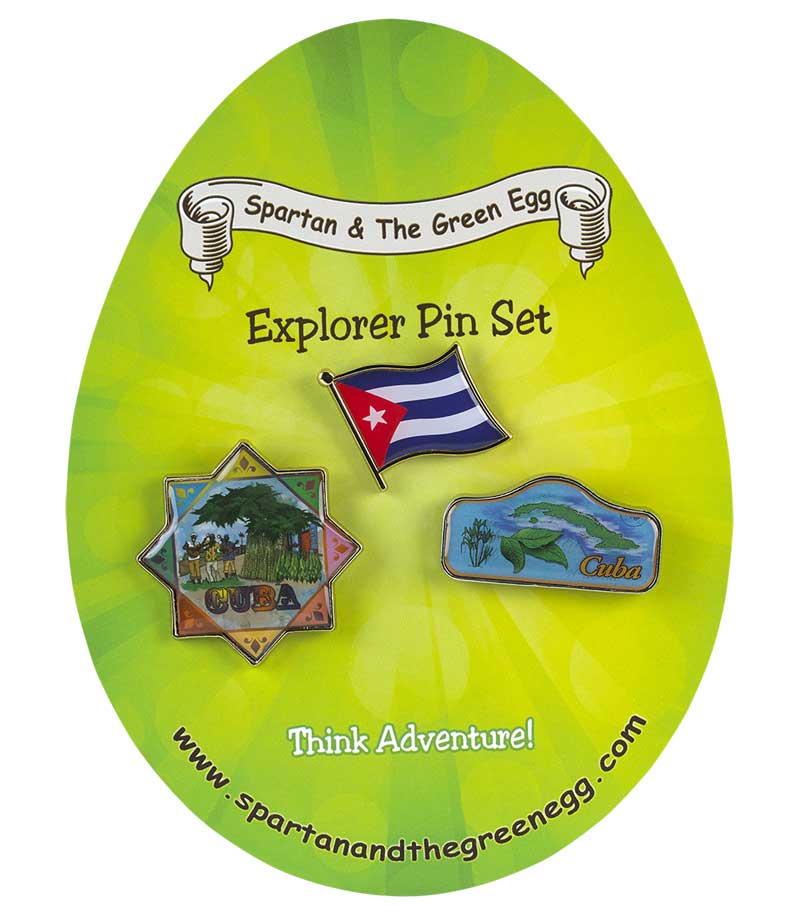 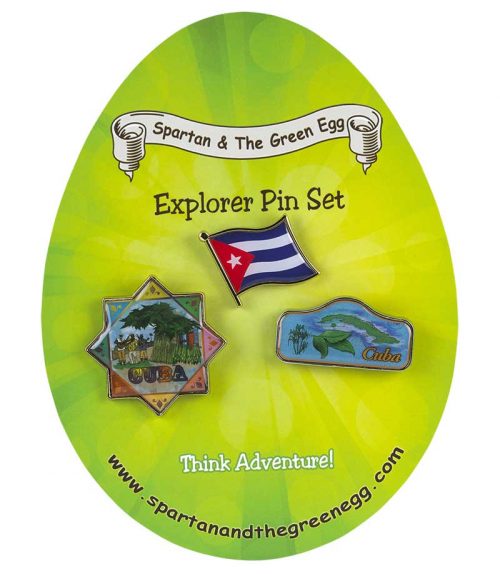 Cuba: Cuba is south of Florida and rests in the northern part of the Caribbean. It is known for many unique exports, such as sugar, tobacco, and coffee. Cuba is located where three major oceans meet: Gulf of Mexico, Atlantic, and Caribbean.

Cuba Island: As a Caribbean island, Cuba has a very rich culture, filled with many great clubs, beaches, and restaurants. Cuba actually consists of well over 4,000 islands surrounding the main island of Cuba.

Flag: The flag of Cuba was adopted in 1902. Three blue stripes stand for the three older divisions of Cuba while the two white stripes are symbolic for strength.

Be the first to review “Cuba Pin Set #1” Cancel reply