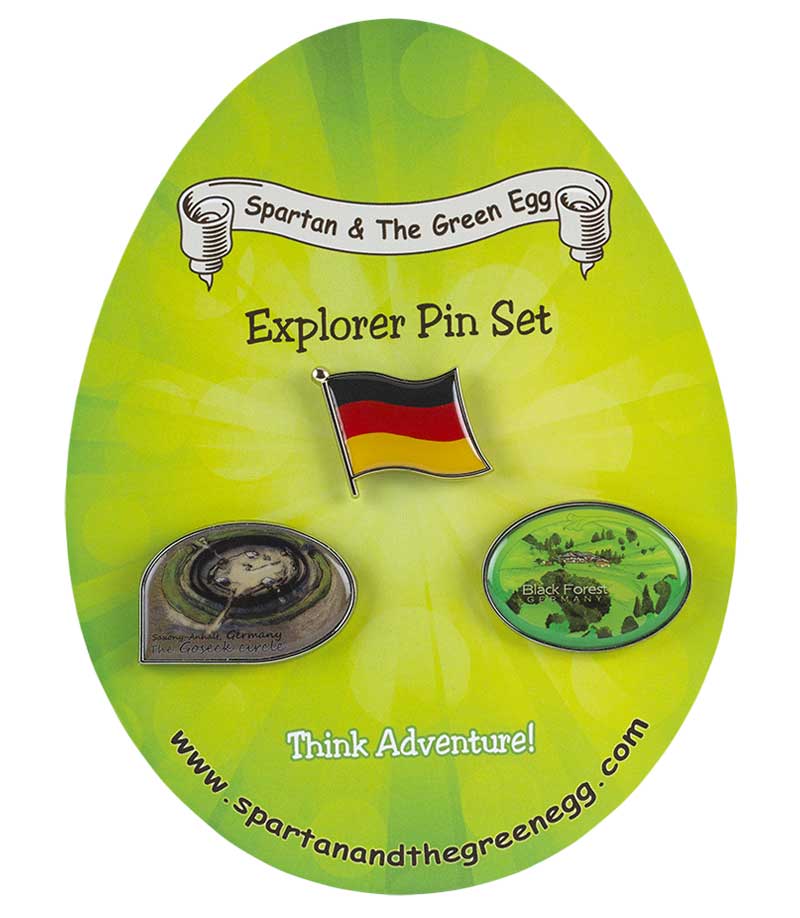 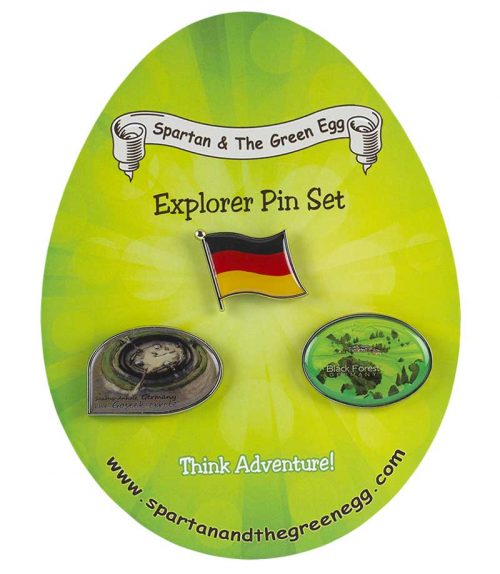 Black Forest: The Black Forest is a mountain range located within the southwestern part of Germany. It has been praised for having a beautiful environment as well as unique picturesque villages. The highest peak of the forest is known as Feldberg and goes up nearly five thousand feet. The forest is surrounded by a densely-wooded area known as Rhine Valley. Because of the almost constant rain, the villages focus mostly on indoor activities.

Flag: The official flag of Germany was adopted in 1949. This tricolor flag has three stripes running horizontally in black, red, and gold. The colors are linked to the uniforms of soldiers in the Napoleonic wars. Now, these same colors are symbolic for Germany’s unification.

Be the first to review “Germany Pin Set #1” Cancel reply