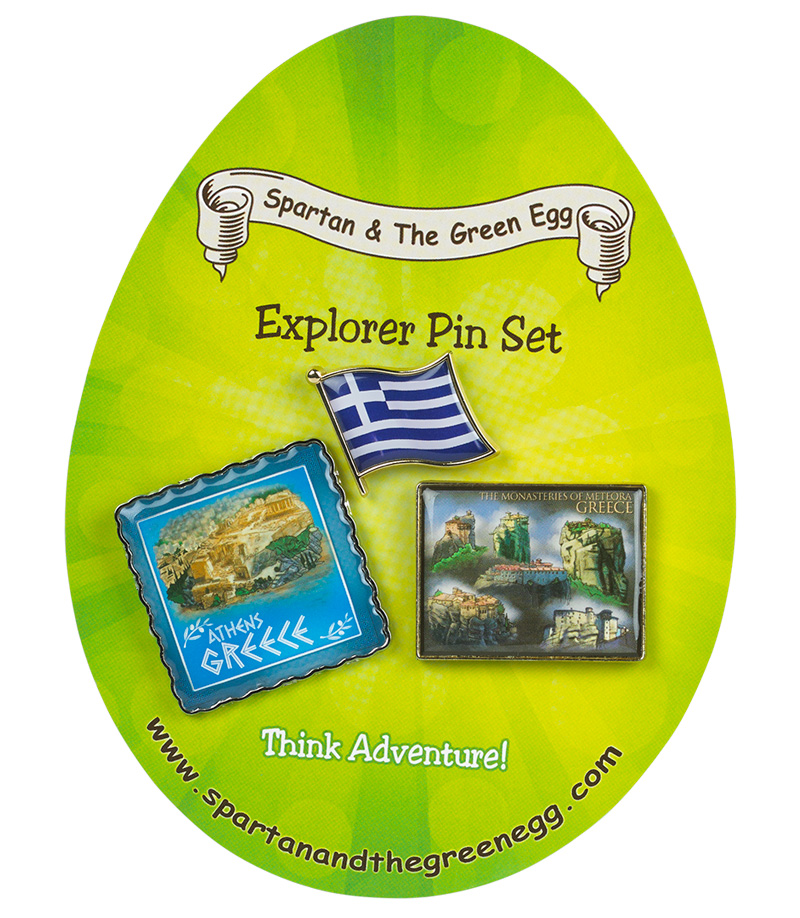 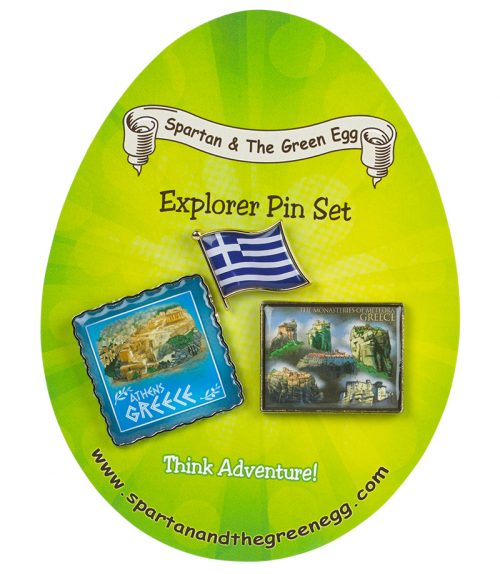 Athens: Athens is the capital of Greece, and has been considered the center of Greek civilization for thousands of years. Many historians consider Athens to be the birthplace of western civilization.

The Metéora: The Metéora is part of a group of five other Greek Orthodox monasteries. The monasteries look like they are rising out of the earth and ascending into the heavens.

Flag: The national flag of Greece has nine horizontal stripes alternating between blue and white. The nine stripes stand for the nine Muses of Greek mythology.

Be the first to review “Greece Pin Set #1” Cancel reply