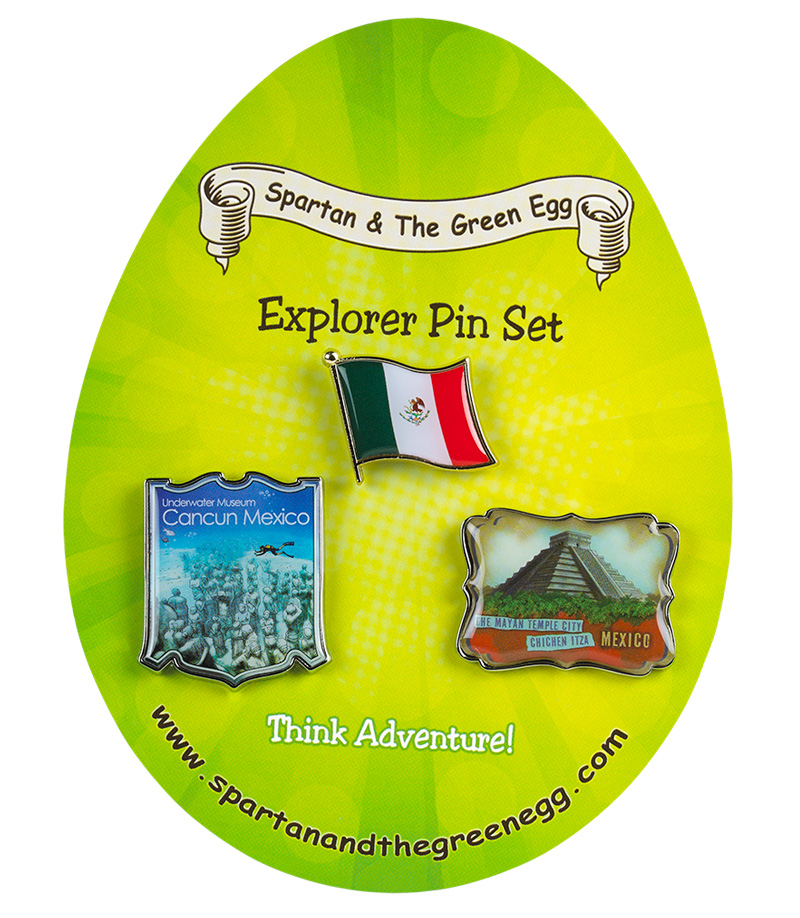 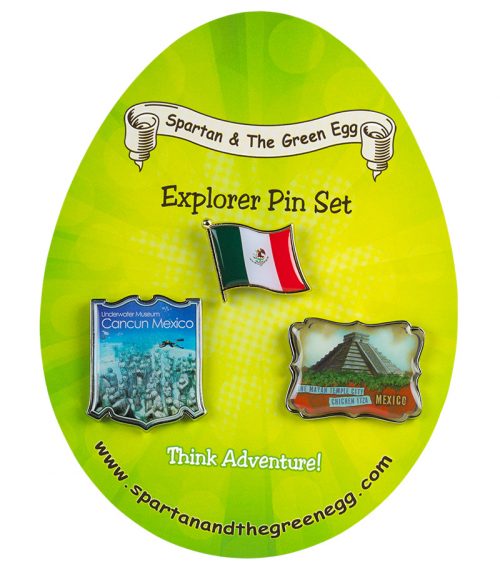 Underwater Museum: The Underwater Museum is located in Cancun, Mexico. The museum is devoted to showing the importance of conservation. Tourists have to visit numerous diving points in order to see all the sculptures that have been placed underwater. The museum was made to help control where visitors go diving. This is very important because the natural reefs in the area were getting damaged by a surge of tourists and explorers.

The Mayan Temple City: Chichen Itza is an ancient city built by the Mayans around the year 600 AD. Mayans were known for advanced mathematics and architectural skills. All of the buildings in Chichen Itza are made out of stone. The city is the home to the famous step-pyramid Temple of Kukulkan, which is also known as El Castillo. The temple has 365 steps, one for each day of the year.

Flag: The flag of Mexico is a tricolor that was adopted in 1968. It bears the country’s National Coat of Arms of an eagle sitting on a cactus on a rock above a lake. The eagle holds a serpent in one of the talons. It ties in with the Aztec legend that the people were told to build their city where they would find an eagle eating a snake.

Be the first to review “Mexico Pin Set #1” Cancel reply