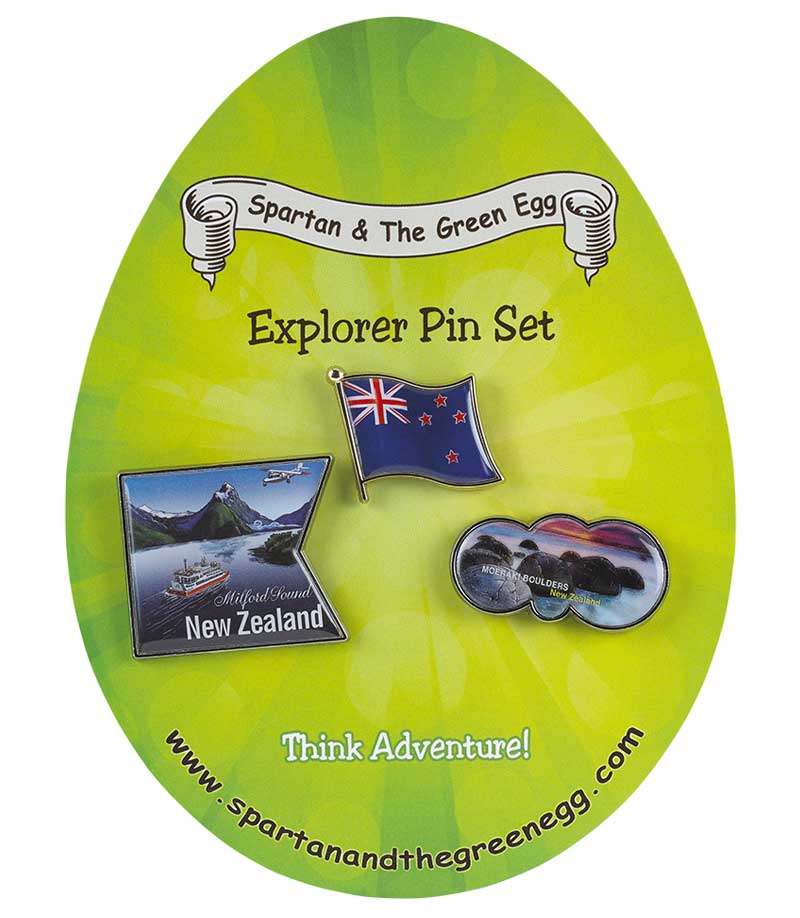 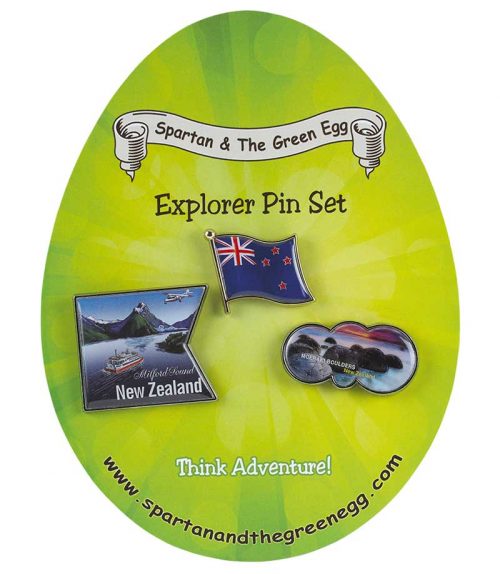 Milford Sound: Milford Sound is a giant fjord, which means it’s a large waterway surround on all sides by cliffs and mountains. One of the mountains is called Mitre Peak, which goes up over five thousand feet.

Moeraki Boulders: The Moeraki boulders are not only huge, but many of them are perfectly round in shape. The rocks are often compared to giant eggs, or sometimes even alien pods.

Flag: The current flag of New Zealand has been in use since 1869 but was not formally adopted until 1902. The blue stands for the sky and seas while the four stars are the Southern Cross constellation in the night skies.

Be the first to review “New Zealand Set #1” Cancel reply