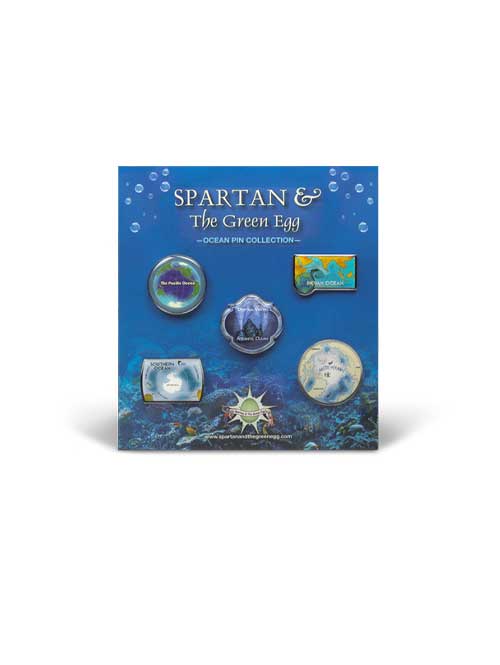 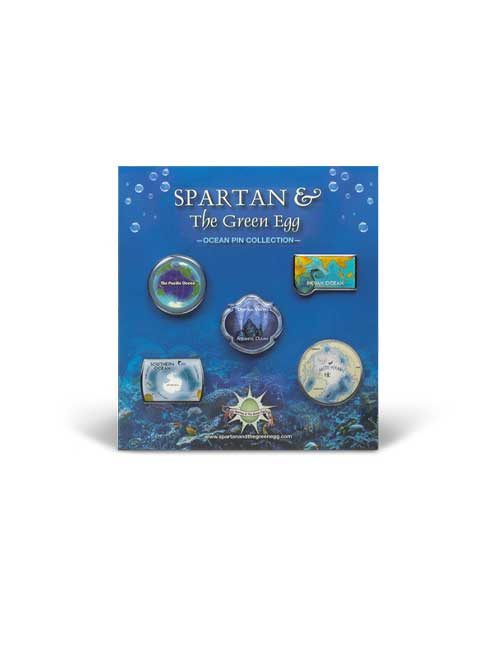 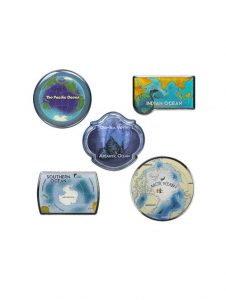 Dive right into Earth’s greatest oceans with this exclusive Ocean Pin Collection. Each collectible pin is epoxy coated and polished to be shiny and soft to the touch. Pins include SGE yellow rubber clutch back. Explore the oceans of your world today!
This colorful set contains the following five Explorer Ocean Pins:

Atlantic Ocean – The Atlantic Ocean is the second-largest ocean, but most of the world’s rivers empty into it. It has deep-sea vents that in some areas can reach over 700 degrees.

Arctic Ocean – The Arctic Ocean is the shallowest and the coldest ocean on the planet. But Polar bears don’t seem to mind.

Southern Ocean – Penguins love the Southern Ocean. Located near Antarctica, it has almost all of the ice on Earth in it.

Be the first to review “Oceans Pin Collection” Cancel reply