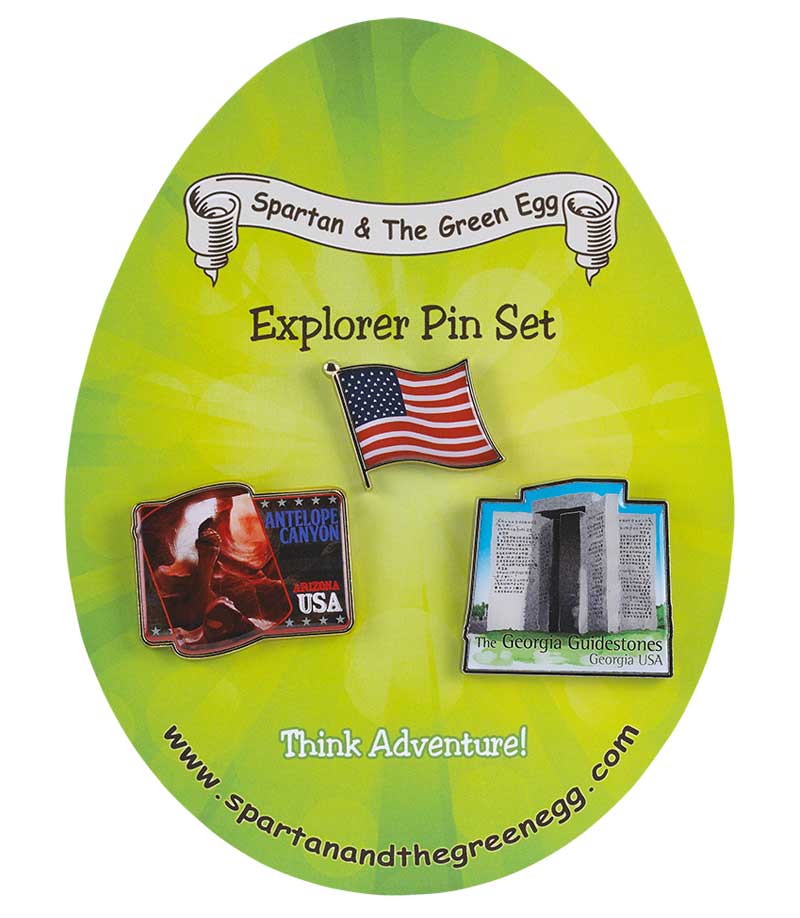 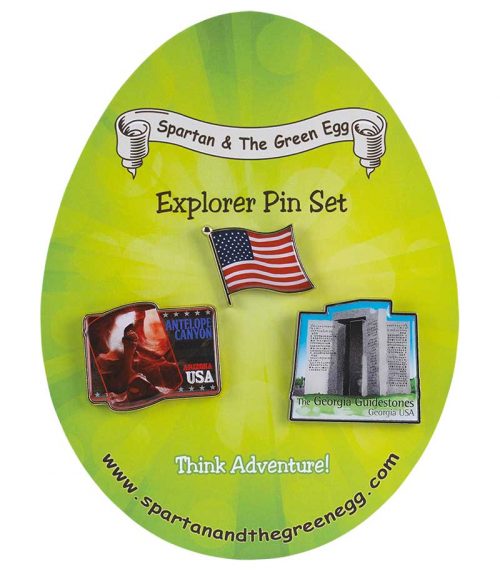 Antelope Canyon:  Antelope Canyon is part of Navajo land in the southwestern section of the United States. It has many sandstone canyons and unique arches made out of spiraling rocks. Antelope Canyon was created by erosion, which split it into two separate canyons. Tourists primarily visit the top canyon since it doesn’t require climbing, and it has very good lighting.

Be the first to review “USA Pin Set #11” Cancel reply