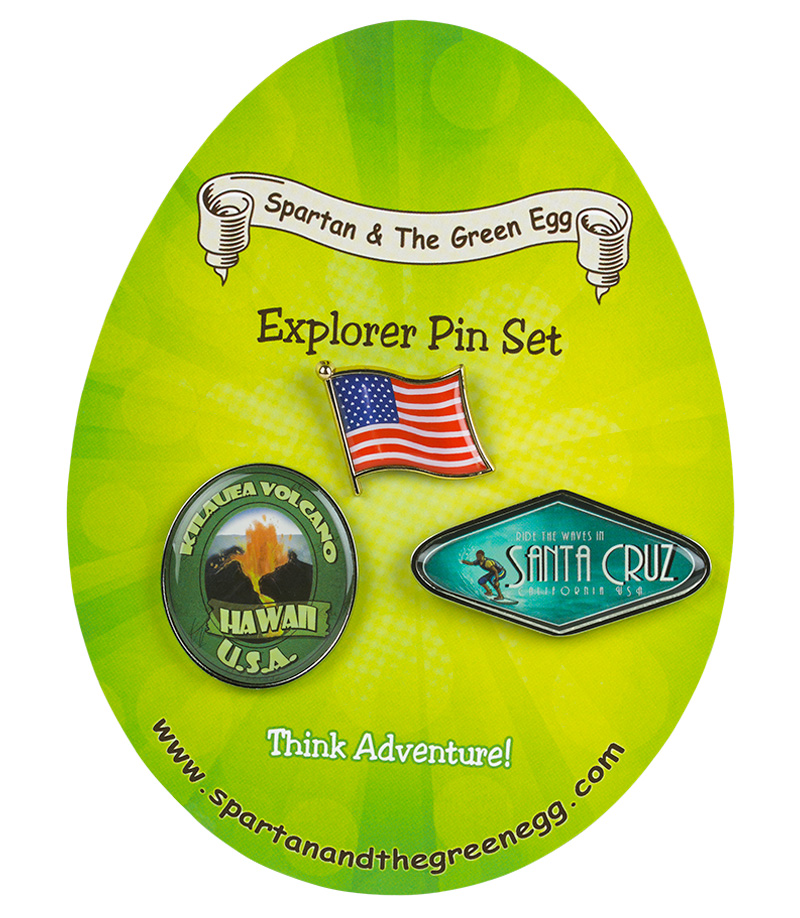 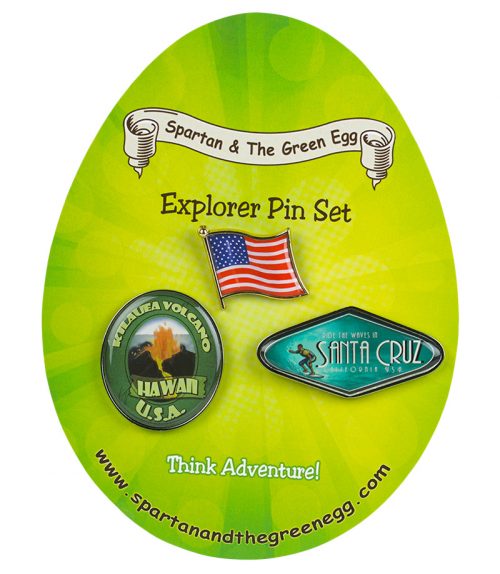 Kilauea Volcano: The Kilauea volcano is an active volcano located on the Hawaiian Islands. Unlike most other volcanos, the Kilauea volcano actively produces lava. It is referred to as a shield volcano, which means that it is not very high, but instead very wide. With the exception of a short period from 1934 to 1952, the volcano has always actively been spewing lava. This has formed a large pit crater known as the Halemaʻumaʻu Crater.

Santa Cruz: Santa Cruz, whose name means ‘holy cross’ is situated on the pacific coastline in the U.S., and enjoys both the calm grandeur of the ocean at its feet, and the majestic redwood forests at its back. As one of the largest counties in California, Santa Cruz has become a sanctuary for those with alternative lifestyles, as it is a welcoming and beautiful part of the U.S., with temperatures that stay in the 70s (20c) year round.

Be the first to review “USA Pin Set # 4” Cancel reply