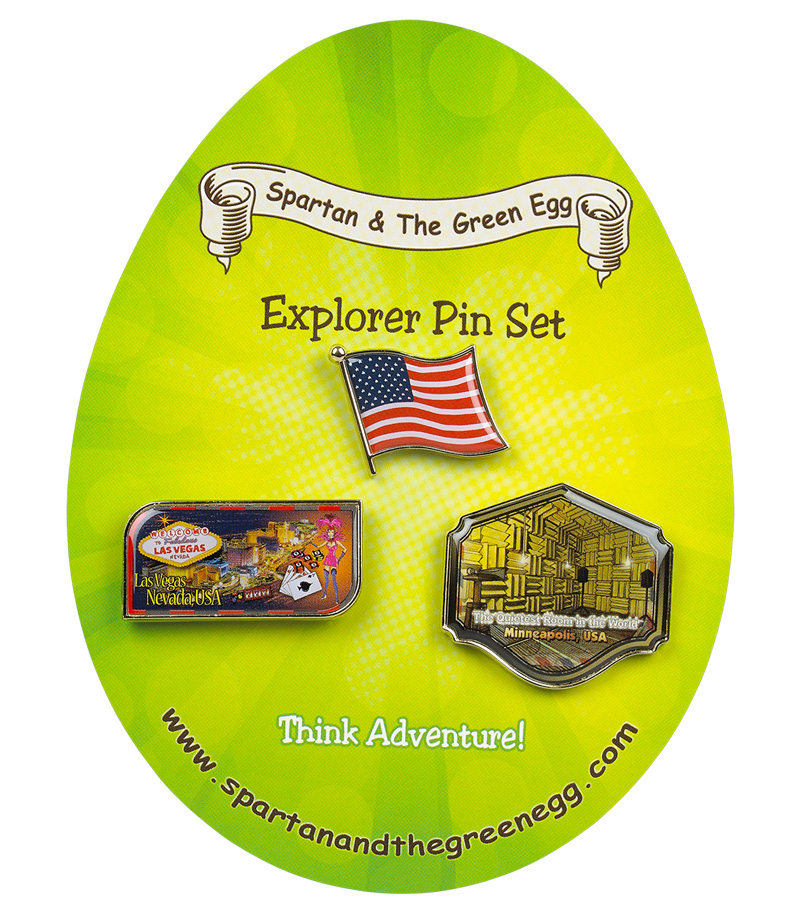 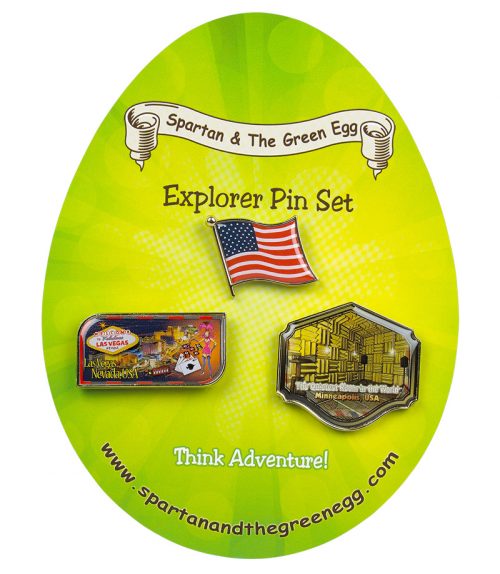 Quietest Room: The Quietest Room in the World, according to the Guinness World Records, is a room at the Orfield Laboratory in Minneapolis, Minnesota. Using special tiles around the room, 99% of the room absorbs sound, so there is no echo.

Las Vegas:  Las Vegas is a very lavish resort town built in the Mojave Desert in Nevada. The city is most well-known for having many different casinos that are opened twenty-four hours each day, as well as being lit up at all times by bright neon lights.

Be the first to review “USA Pin Set # 9” Cancel reply