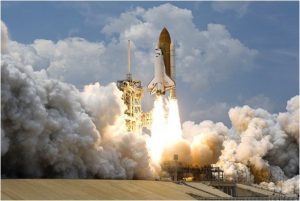 Space is a very big place. Astronauts and scientists perform experiments all the time on space stations and in spaceships to learn about outer space. Some of those science experiments have to do with how space works. Others are about what happens to people and animals when they go into space. Here are some of the best outer space experiments done so far.

The International Space Station (ISS) Itself

The International Space Station is like one giant space experiment. There are things happening there all the time. It has been home to astronauts from different countries since November 2, 2000. In that time, around 3,000 science experiments have been done there. Many of those had to do with how our bodies change in microgravity. Microgravity makes people, animals, and objects float in space or spaceships because Earth’s gravity is not the same in space. Scientists care about microgravity because someday people might want to go live on other planets. We need to know how our bodies, pets, and belongings might react to that. So far, microgravity experiments on the ISS have shown a lot of changes, like:

You might not think of flowers and space going together, but for one fun experiment, they did. In the 1990s, a company called International Flavors and Fragrances (IFF) wanted to know if a flower smelled different in space than on Earth. They sent a rose up on the space shuttle Discovery to find out. The answer was yes. The company made a new perfume from the oils gathered from the space rose.

Have you ever sloshed your drink against the sides of your cup? Imagine getting paid to do that in space. Some scientists do. In fact, scientists from two colleges and NASA came together once to test how liquids move in space. They used robots to study liquids in space for a very important reason. Liquids do not move the same way in space as on Earth. They wanted to learn as much as they could about how to make it safer for astronauts flying in ships with liquid fuel.

The Hammer and the Feather

If you have heard the phrase “light as a feather” before, you might like this experiment. In 1971, an astronaut on the moon dropped a hammer and a feather at the same time. They both hit the surface of the moon at once. That proved the pull of gravity had nothing to do with the weight of an object. 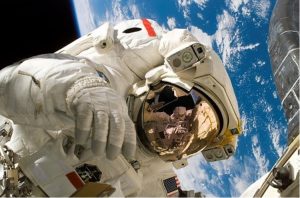 One of the most fun experiments that took place in outer space in the last 10 years was the green blob made by astronaut Scott Kelly in 2015. He put food coloring in water. Then he added a fizzy tablet to it. In the microgravity of space, the water floated in a perfect ball shape. The tablet started releasing gas bubbles into the water, and a video camera recorded the results. On top of being fun to watch, it also taught the astronauts a lot about how water interacts with other materials in space.

Some outer space experiments last for minutes. Others last for hours or days. There are even many that started years ago and are still happening today. In fact, some of the most important take years because they show how a long time spent in space can change people, animals, plants, and even bacteria. So, the next time you look up in the sky, think about the experiments that might be going on somewhere up there.