There’s nothing more comforting or snuggly than a teddy bear. It is, by far, the most classic of all children’s toys and treasures. Whether it’s an old, tattered bear many years old (with stuffing falling out) or a brand new Build-a-Bear, teddy bears are beloved keepsakes that never go out of style. What makes them so loveable? It must have something to do with the fact that they were one of the first branded toys with a story attached. They’re wholesome and traditional; there’s really nothing to dislike about a soft teddy bear. 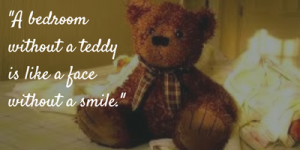 “Oh baby let me be, your lovin’ teddy bear. Put a chain around my neck, and lead me anywhere; Oh let me be (oh let him be) your teddy bear.” –Elvis Presley

The Origin of Teddy Bears 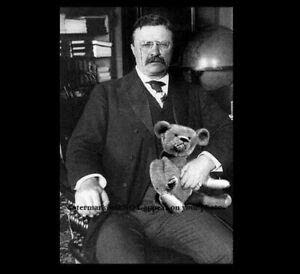 Long before Elvis sang of being someone’s teddy bear, the popular stuffed toy was invented and dubbed “Teddy” after Theodore Roosevelt. Roosevelt was the 26th President of the United States (serving from 1901-1909) and, of course, a member of one of the most fascinating American families of all time. The story goes that, on a hunting trip in 1902, Roosevelt was the only member of his party to not kill a bear. When a black bear was found and tied to a tree by another hunter, Roosevelt refused to shoot it. Well, this news soon became newspaper fodder, and the teddy bear was born. In homage to Roosevelt and saving the bear on a hunting trip in Mississippi, a stuffed bear with his nickname became all the rage. Known as a huntsman, naturalist, conservationist, and all-around wild man, Roosevelt helped to invent the National Parks system and was constantly hiking, hunting, fishing, and going on expeditions to explore the country’s wildlife and rough, untouched terrain.

To this day, the teddy bear is one of the most popular gifts for a child. Our favorite teddy bears 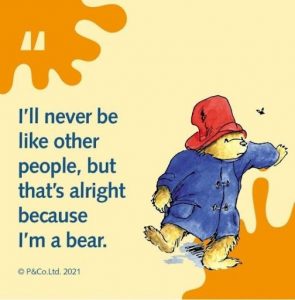 usually come from stories, such as Winnie the Pooh and Paddington Bear. Paddington is the protagonist in a series of children’s books (first published in 1958 by Michael Bond with classic illustrations by Peggy Fortnum) about a stuffed bear with a blue raincoat, red hat, and bright yellow galoshes. And let us not forget the Care Bears and Corduroy Bear, too! Now children and parents can even customize their very own teddy bears at Build-a-Bear shops.

The original Teddy Bear (made in 1902) was designed in Germany by toymaker Margarete Steiff. Toys of this sort, from this era, are highly sought after and collectible. If found in good condition, original bears are worth tens of thousands of dollars. Even though these heirloom gifts are expensive and rare, nothing quite beats nostalgia.

The Velveteen Rabbit (from Margery Williams’ 1922 children’s book) is a favorite indeed! Anything velvety and soft is ideal for a child to cuddle, and stuffed rabbits are particularly popular as gifts for the Easter holiday. Other stuffed favorites inspired by literature include replicas of characters from the wild minds of Dr. Seuss (such as The Cat in the Hat) and Maurice Sendak (his “wild” things) and various Disney characters.

For more information about the origin of the Teddy Bear and Theodore Roosevelt, check out the links below:

For further reading about one of our favorite stuffed bears, Winnie the Pooh, read this blog! For all your literary needs, visit Fullcyclepublications.com

“I celebrate myself, and sing myself, / And what I assume you shall assume, /For every atom belonging to me as good belongs to you. / I loafe and invite my soul, /I lean and loafe at my ease observing a spear of summer grass.” 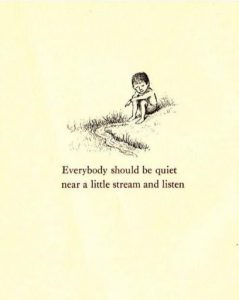 (Illustration by Maurice Sendak, from “Open House for Butterflies” by Ruth Krauss)

Learn about the Beauty of Nature 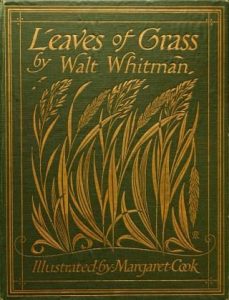 Reading poetry to your children and encouraging them to read on their own when they’re old enough is so important. It instills a love of and appreciation for nature.

“A child said What is the grass? fetching it to me with full hands; How could I answer the child? I do not know what it is any more than he. I guess it must be the flag of my disposition, out of hopeful green stuff woven. Or I guess it is the handkerchief of the Lord, A scented gift and remembrancer designedly dropt, Bearing the owner’s name someway in the corners, that we may see and remark, and say Whose? Or I guess the grass is itself a child, the produced babe of the vegetation.” 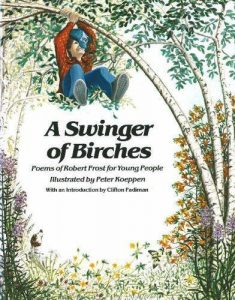 “I’d like to go by climbing a birch tree, /And climb black branches up a snow-white trunk/ Toward heaven, till the tree could bear no more, /But dipped its top and set me down again.”

“I will arise and go now, and go to Innisfree, /And a small cabin build there, of clay and wattles made; / Nine bean-rows will I have there, a hive for the honey-bee, /And live alone in the bee-loud glade.”

For more information on what to read, great children’s literature, and other literary tips, visit Full Cycle Publications at the website.