The Interesting World of Salt

“Please, pass the salt.” You heard it a hundred times, but did you ever wonder what was really in the salt shaker? Do you know where we get salt or if we can ever run out of it?

Salt is necessary for our bodies. However, if we eat too much of it, it’s bad for our health. People need salt for more than just eating. In fact, it is so valuable that, a long time ago, people gave workers salt instead of money!

Read on to find out more interesting facts about salt. 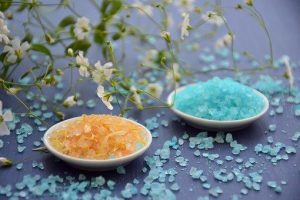 Scientists have many different names for salt. They call the type of salt we eat sodium chloride or NaCl.

If you sprinkle a little salt on the table and look at it with a magnifying glass, you can see it looks like little grains of sand. That is because salt is a mineral.

The salt you put on your French fries is called table salt, and it is just one type of salt. There are many others.

Did you know that not all salt is white? White salt is the most common color, but there are many more. You can find gray, black, pink, red, and even blue salt. The different colors of salt come from other minerals that are mixed in with the sodium chloride.

Color is not the only difference. Salt comes in many sizes and shapes, too. Table salt is the smallest type of salt, and it looks like small cubes. Kosher salt is larger, and the grains have irregular shapes. Flake salt is bigger than Kosher salt, but the grains are flat like a plate. Rock salt is even larger and is often the size of pebbles!

You can’t eat all types of salt. The majority of the salt in the world is not safe to eat because it contains other bad minerals for your body. People use these salts for many things, including melting ice on the roads and making other chemicals that we need.

What salt looks like and how we can use it depends a lot on where we find it.

Where Does Salt Come From?

Have you ever gone into the ocean with a scrape or cut? It doesn’t feel good. That’s because the ocean has salt in it. But ocean water is not the only place where you can find salt. It is all over the planet and even under it. 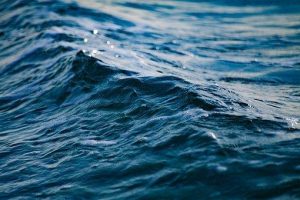 Hundreds of millions of years ago, the oceans covered most of the Earth. When the water disappeared, it left behind salt. Today we get most of our salt from deep underground in salt mines. But in some places in the world, the salt is still on the surface. We call these places “salt flats.”

Salt flats formed millions of years ago when saltwater lakes dried out. Some of the largest salt flats in the world are in the United States. Two of the most famous salt flats are the Bonneville Salt Flats in Utah and the Badwater Basin salt flats in Death Valley National Park.

How Is Salt Produced?

We get our salt in a variety of ways.

Today, most of the salt we eat comes from dissolving rock salt in water and then evaporating the water using machines. Harvesting salt this way is clean and safe. But it wasn’t always so easy to produce salt.

Hundreds of years ago, most salt people ate came from salt mines or salt flats. Collecting salt from these places was a hard and dangerous job. That is one reason why salt was so valuable in ancient times.

Another process for gathering salt is by collecting ocean water and letting the sun evaporate the water. People have been using this method since ancient times, and they continue to do it today. Salt made from ocean water is called “sea salt” and is a popular choice of salt to use for food.

Can We Run Out of Salt?

One natural resource you should not worry about running out of is salt. Besides having millions of billions of tons of salt undiscovered, all of the salt we use returns to the Earth. That’s because after we eat salt, our bodies release it. While we may run out of some sources of salt, there will always be more.

The next time you sprinkle a little salt on your food, take the time to think about where the salt came from and all the people who worked hard to make it possible for you to do so.