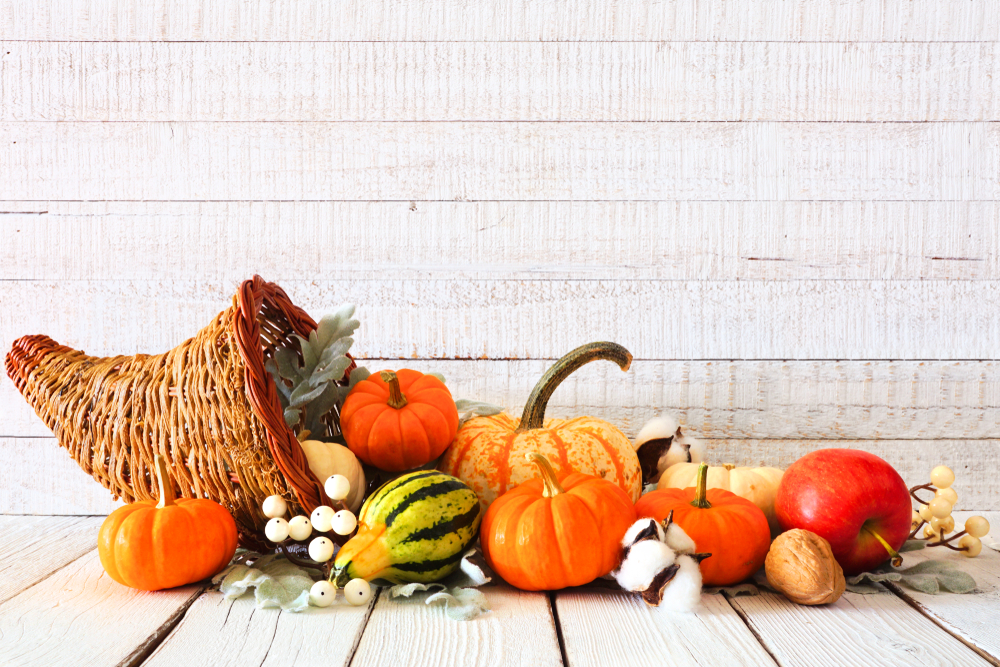 “We must find time to stop and thank the people who make a difference in our lives.”

Thanksgiving: A Day for Giving Thanks

“The First Thanksgiving at Plymouth,” from 1914, by Jennie Augusta Brownscombe

Thanksgiving is a uniquely American holiday and, while a successful harvest yielded a great feast celebrated by the Plymouth colonists and the Wampanoag Native Americans in 1621, it didn’t become a national holiday until 1863, when it was declared so by President Abraham Lincoln. Now, in the United States, we celebrate Thanksgiving annually on the third Thursday of November.

Even though the feast in 1621 was bountiful and lasted for three days, this was not unique because festivals had been held after reaping a successful harvest for centuries by Native Americans and Europeans alike.

In 1620, frustrated peoples fled England in search of the New World where they could obtain religious freedom, so they set sail on a ship called the Mayflower. After a long and arduous journey, the pilgrims established a new village for themselves on what they called “Plymouth Rock.” After a fruitful harvest, they celebrated with a great feast to give thanks for their plentiful crop.

“While the tradition is mainly connected to the feast of the Pilgrims, the Puritans started the tradition before coming to the New World.” The Puritans rebelled against the Catholic Church and wished to only celebrate days of Thanksgiving or days of fasting, so, originally, Thanksgiving was not a day of feasting but of exactly the opposite.

Thanksgiving Rituals: It’s All About Gratitude

Although the feast is what we generally think of on Thanksgiving, there are other traditions. Many go to church for a special service and, of course, we give thanks. Families and loved ones travel to be together and sit around the dining room table relishing over their blessings. People also attend football games and parades (most specifically, The Macy’s Thanksgiving Day Parade, complete with enormous inflatable floats). Of course, upon giving thanks, we should also give back, so participating in charitable events is also common.

Oddly enough, turkey most likely wasn’t served at the first “Thanksgiving” gathering in 1621. More likely, foods such as lobster, seal, and swan were eaten by the Pilgrims. Today we usually associate these foods with the holiday:

For more information on how Thanksgiving came about (along with the information discussed in the blog), consult the links below: