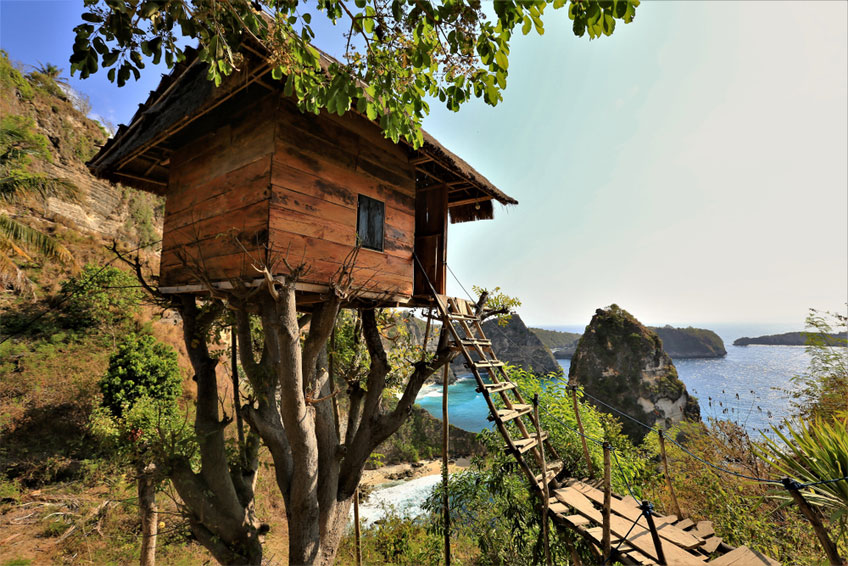 To live in a tree must be one of the most magical things to a child and spending time in a lavish tree house is an even more fantastical notion. Truman Capote’s 1951 novel The Grass Harp details the lives of an orphaned boy and two elderly women who live in a tree; from up high, as they retreat from society, they observe the lives of others. Capote was actually inspired by his own childhood and a tree house in which he spent time in Alabama. The tree house where Capote spent many hours (daydreaming, no doubt) was located in a walnut tree in his cousin Jenny’s yard and featured an antique spiral staircase and tin roof.

The 1960 Disney film Swiss Family Robinson (which is loosely based on the 1812 novel by Johann David Wyss) details the adventures of a shipwrecked family who, on their way to New Guinea, must escape pirates and build a tree house in which to live with their animal friends, including an elephant and a capuchin monkey. The Swiss Family Tree House is a tourist attraction featured at several Walt Disney theme parks including The Magic Kingdom at Walt Disney World. For the film, the tree house was built in a “saman” or “rain tree” in Tobago that reached 200 feet. For more information on the incredible tree house that was built for the film, visit this website: https://thetreeographer.com/2018/03/02/the-real-swiss-family-robinson-treehouse-in-tobago/