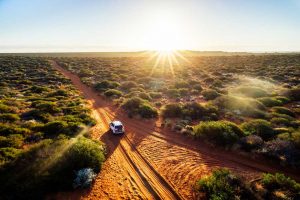 The Unique Animals of Australia

Australia is both a continent and a country. It is also a group of islands. There is one large island, which is most commonly called Mainland Australia. Then there is the smaller island state of Tasmania, which is also part of Australia and just one of Australia’s many islands. Since it is so isolated from larger pieces of land, Australia was once used by the British as a place to send prisoners.

Something else that makes Australia unique is its wildlife. Many of its animal species are not found anywhere else on Earth, except in zoos. The reason for that is that they have no way to get from Australia to other countries or continents without people bringing them on boats or planes.

Australia is a dry continent. In fact, it is the driest of all the continents. Many species that live there have adapted to those dry conditions. Here are some fun facts about some of the most unusual animals in Australia. 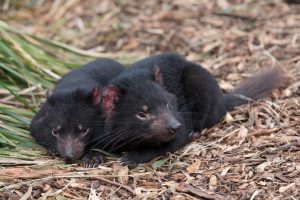 You may have heard of the cartoon character named Taz, who is a Tasmanian devil. Don’t let his appearance fool you. A real Tasmanian devil is a small marsupial, which means an animal that carries its babies in a pouch. You can only find a Tasmanian devil in a zoo or on the Australian island of Tasmania, where they are often called tazzies. Here are some quick Tasmanian devil facts: 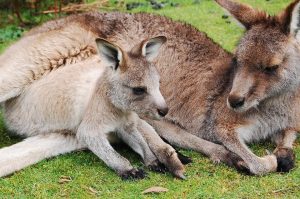 Like Tasmanian devils, Kangaroos are marsupials. They raise their babies in their pouches. Kangaroos come in different sizes and species. The much smaller wallaby is part of the kangaroo subfamily. It is estimated that before the devastating brush fires of 2020, about 50 million wild kangaroos called Australia home. That meant, the continent had more kangaroos than people.

Most kangaroos have back feet that look way too big for their bodies. They need them because Kangaroos jump a lot, and those big feet help them hop from place to place. Kangaroos can jump about three times their own height. They also have long, strong tails to help keep them balanced.

Koalas
Another Australian marsupial is the Koala. Koalas are cute, cuddly-looking animals, but don’t let them fool you. Most of them are not very friendly. They live high up in eucalyptus trees. That’s because their favorite food is eucalyptus leaves, which are poisonous to other animals. They are very picky eaters and only eat the best leaves they can find. Koalas often run into trouble finding enough food because people and brushfires destroy their habitat.

Platypuses
Platypuses are Austrian animals with duck-like noses and bodies that look like little beavers. In fact, they are sometimes called duck-billed platypuses. Platypuses love the water. One thing that makes them pretty unique is they are part of the monotreme family. A monotreme is a mammal that lays eggs like a bird does.

One interesting fact about platypuses is they have poisonous spurs on their feet. They usually can’t kill people, although the venom is really painful, but they can kill some animals, including small dogs. Another odd thing about platypuses is nobody can agree on what to call two or more of them. Most people call them platypuses, but some people use the word “platypus” for both a single platypus or for more than one. There are also people who say “platypi” when talking about two or more at once.

More Australian Wildlife
The animals above are just some of the fun and interesting wildlife species found in Australia. For example, Australia is also home to a lot of unique birds. Among them are the cassowary and the kookaburra. There are also many amphibians and reptiles that live there, like the red-bellied black snake. So, if you ever visit Australia, there will be lots of great wildlife to see.

Explore Australian animals and more with Spartan and the Gang! Collect all of the pins, patches, and stickers from some of the most interesting places around the world.