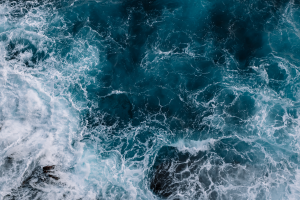 The world’s oceans are strange and beautiful bodies of water. People love to travel on them and even dive down into them. But most people don’t really know much about the secrets that are hidden in the oceans. Here are some weird ocean facts you might not know that will make you love oceans even more.

The Oceans Give Us Life

The Pacific Ocean is Home to the Biggest Living Structure on Earth
You might think whales or elephants are the biggest creatures on Earth, but Australia’s Great Barrier Reef, made up of smaller living organisms like coral, makes it the biggest living structure on Earth. It lies just below the surface in the Pacific Ocean off the coast of Australia. 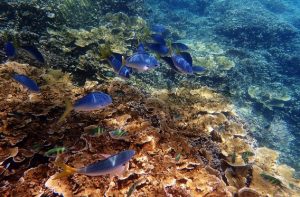 The Atlantic Ocean is Home to the Longest Mountain Range

You might also be surprised to know that the longest mountain range in the world is completely underwater. It is called the Mid-Atlantic Ridge or Mid-Oceanic Ridge. It is about 49,710 miles long.

The Oceans Can be Very Hot

We often think of ocean water as being cold, especially deep water. But there are volcanic vents and underwater hot springs on the ocean floor in some parts of the world. When hot gasses are released by those vents the surrounding water can reach temperatures that are much too hot for humans, but a lot of sea creatures only survive by living near those vents, including some types of giant clams.

The Oceans are Full of Chameleon-Like Creatures 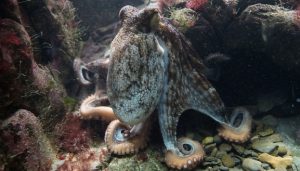 If you gathered up all of the treasures in every museum around the world, you still would not have as much treasure as there is sitting at the bottom of the ocean. Many boats and airplanes lie at the bottom of the ocean with all of their cargo still inside. We will never see a lot of them again, but they are still treasures for marine life because the ocean slowly reclaims them and turns them into artificial reefs where fish and other animals live. 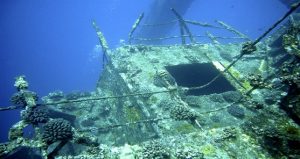 The Earth’s oceans are almost completely unexplored by man. Human beings have only seen about five percent of what there is to see below the surface of the water. Thanks to new technology that is starting to change, but right now there is better information about our solar system’s other planets than there is about what lies in our very own oceans. That’s why new ocean life is being discovered all the time. Even fish that were thought to be extinct have turned up recently. They live in such deep water that we don’t see them unless they die and wash up on shore.